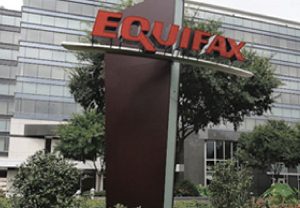 Members of the City Council have issued an order for the city’s corporate counsel to bring legal action against the Equifax, making Chicago the first city to go after the firm in court. (Photo Equifax.com)

Chicago officials are going after Equifax for the data breach that exposed the personal information of 143 million Americans.

Members of the City Council have issued an order for the city’s corporate counsel to bring legal action against the credit-monitoring bureau, making Chicago the first city to go after the firm in court.

“I’m proud that the city of Chicago is taking a lead on this,” Mayor Rahm Emanuel said at last week’s council meeting. “This will mirror the tobacco settlement for many across the country who were harmed by this, and will follow our lead and we can join together in taking action against this irresponsible company.”

Ald. Brian Hopkins (2nd Ward) was one of the individuals harmed by the Equifax breach.

“Equifax’s negligence becomes the responsibility for us to clean up. That is unacceptable and I speak from personal experience,” Hopkins said.

The alderman said his Equifax account was hacked and his personal information used to open a number of fake accounts in his name, including one for Amazon where thousands of dollars in merchandise was ordered.

Emanuel advised that everyone should go to www.equityfaxsecurity2017.com to see if his or her personal information was part of the breach. He said the city would be vigilant in its pursuit of a resolution for Chicago residents affected in the breach.

“You are going to see some action very soon with regard to financial penalties that will be heard on this,” the mayor said.

The council also unanimously approved a resolution calling on Equifax not to dole out bonus money or a severance package to retiring CEO Richard Smith until the city’s case against the credit-reporting agency is settled.

Ald. Ariel Roboyras (30th) was absent from the meeting.

Ald. Edward Burke (14th) said that Smith is about to walk away from the “unprecedented disaster” with a $90 million golden parachute. He said the resolution aims to keep Equifax from paying Smith before the city’s case against the firm is heard in Cook County Circuit Court.

Burke also blasted the composition of the Equifax board of directors.

“It appears that they are not very interested down there in Atlanta in diversity,” Burke said. “There isn’t a single member of the board of directors who is African-American, not a single member who is Latino.”

He said each of the board members get about $250,000 for their efforts.

“There is no schedule of meetings for them,” Burke said. “They are just there to advise the company. Well, where were they when that company caused a breach that endangered 145 million people?”

Burke said he hopes Chicago and other municipalities can shame Equifax into withholding Smith’s parting package.

He said it is up to municipalities like Chicago to step up and take on companies like Equifax.

“It appears just like with big pharma, the Congress won’t do anything,” Burke said. “They will speechify the whole while, but when it gets down to actual action … .”

Burke said it is unconscionable that Equifax discovered its system had been breached July 29, but failed to report “the calamity” to consumers until Sept. 7.