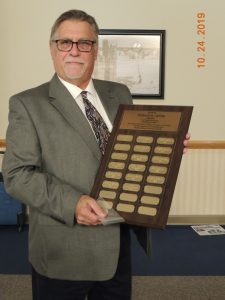 Other Chronicle first-place awards went to: 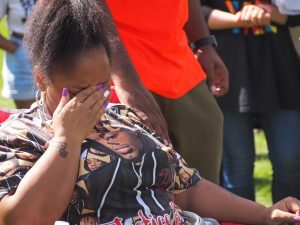 Tam Hudson is comforted as she remembers her son, Pierre Loury, who was killed by Chicago police in 2016. The photo of Hudson at a protest during the first day of jury selection in the September trial of Chicago police Officer Jason Van Dyke earned Chronicle staff member Kevin Beese first-place honors for Spot News Photo in the Northern Illinois Newspaper Association’s annual awards. (Photo by Kevin Beese/Chronicle Media)

“It’s a tremendous honor for all the people who work so hard to make Chronicle Media a quality news operation,” said Rick Hibbert, publisher for Chronicle Media LLC. “I am privileged to work with such outstanding individuals.”

Grubb was chairman of the journalism department at NIU and a spokesman for suburban journalism.