Chicago has put developers on notice that it expects more minority- and women-owned businesses, and city residents, working on the city’s largest construction projects.

Mayor Rahm Emanuel has issued an executive order that requires developer reports on efforts to solicit and hire minority- and women-owned businesses for any Planned Pevelopment going before the city’s Plan Commission. Planned Developments are a special city zoning designation for projects exceeding certain size, height and density thresholds.

“For too long many major development projects have reshaped our neighborhoods without employing the people who live in them,” Emanuel said in issuing the executive order last week. “This order will help ensure these major projects not only help to build Chicago, but also support the diverse mix of families that call it home.”

Developers of Planned Developments will now be required to provide affidavits on minority- and women-owned businesses project involvement at three different stages:

In 2016, Planned Developments accounted for $3.7 billion in construction costs in the city, creating an estimated 18,000 jobs, according to the Chicago Department of Planning and Development.

“From now on, in addition to looking at the physical aspects of new projects, the city will be reviewing who’s actually doing the work to build them,” DPD Commissioner David Reifman said. “The public should know which developers truly support participation by minorities, women and local residents.” 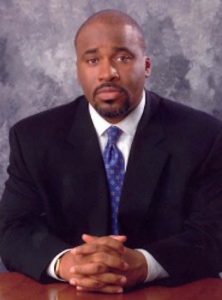 CTA Board Chairman Terry Peterson, who serves on the Plan Commission, said the new regulations mean residents of the wards where major construction projects are taking place will see benefits from those projects.

“This ensures that residents out in the communities where construction has been approved will participate,” Peterson said at Thursday’s Plan Commission meeting, the first after the mayor’s executive order was issued. “There will be economic development not just to the property, but for citizens of the city.”

“We’ve been working on this for a while,” Peterson said of the months spent establishing the Planned Development regulations. “I applaud the commitment of Chicago. I think the city has the opportunity to partner with developers for all of us.”

City officials note that failure to provide the required affidavits may prevent Planned Developments from receiving approval or being certified for occupancy.

The city’s goals for minority- and women-owned business on construction projects has been increased to 26 percent and 6 percent, respectively.

The city’s Department of Planning and Development will monitor and report on developer’s compliance. Data for each project will include total construction costs and jobs, and the amount allocated to minority- and women-owned businesses, city of Chicago residents and ward residents.

“These requirements are going to bring a new layer of scrutiny to the multiple ways that Plan Commissioners assess a project’s impact on a community,” Plan Commission Chairman Martin Cabrera said. “I applaud Mayor Emanuel for taking a bold step and being the first mayor of any major city to put forward an executive order to encourage developers to be more inclusive in their hiring of women and minorities for projects seeking zoning approval. Providing these jobs, especially to residents of the city’s underserved communities, will have a direct impact on local neighborhoods.”

Ald. Walter Burnett (27th Ward) said the requirements are a great step for the city.

“As a longstanding member of the Plan Commission, I have seen many of these large projects and the huge impact they have on the city of Chicago and the communities they rise in,” Burnett said. “I applaud this move by the mayor to ensure these large projects have an even greater community impact and employ a workforce that reflects the diversity of our great city.”