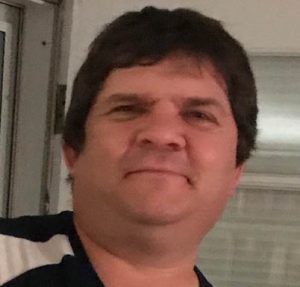 On New Year’s Eve, an appellate court ruled that in finding former Concordia baseball coach Spiro Lempesis guilty of criminal sexual assault of a minor, trial judge Gregory Ginex had effectively denied Lempesis a fair trial when he denied the production of materials possibly useful to his defense.

In their denial of a request by the Cook County State’s Attorney for a re-hearing in May, the appellate court unanimously found that Ginex committed “errors with regard to the disclosure of evidence that could have been used to impeach (accuser Anthony Collaro’s) testimony, error with (Collaro’s) testimony at trial, which could have been highly prejudicial … and the thwarting of our ability to review a significant discovery ruling by the trial court without additional significant delay.”

Those multiple errors, while individually insufficient to require a new trial, created “a pervasive pattern of unfair prejudice to the defendant’s case, [and] a new trial may be granted on the ground of cumulative error.”

The appellate court added “the evidence does not overwhelmingly support a conviction.”

Last month the Cook County State’s Attorney filed for leave to appeal to the Illinois Supreme Court, asking to present their contention that the trial court was correct in throwing out the subpoena because it was “over broad.”

Lempesis said in an Aug. 25 phone interview that his attorneys told him they will not respond to the state’s latest motion because “(the prosecution) hasn’t raised any compelling arguments they feel will have any influence on the Illinois Supreme Court.”

Lempesis noted that the justices explicitly mentioned the risk of “undue prolonged detention” in his case and expressed frustration that that is exactly what is happening.

Lempesis said that if the State’s Attorney does decide to retry him, he is eager to attack their case on several fronts, and question Collaro aggressively.

“I have no fear of a new trial and I will be doing a lot of questioning of Anthony Collaro,” he said. “There were at least 13 instances where his testimony was impeached by himself, or other more credible witnesses, as the transcripts show. He was the only prosecution witness, the only occurrence witness. His credibility was in every shape and form destroyed.”

At trial Ginex also ruled against the defense questioning Collaro regarding his civil lawsuit against Concordia University and the potentially substantial financial settlement he might receive from the university.

Lempesis reiterated last week what he has said numerous times, that he deserved to be fired for his behavior at Concordia, but adamantly denied he ever engaged in sexual activity with anyone under age 18.

Prior to delivering his verdict in December 2017, Ginex explained why he found Collaro credible.

But the evidence reviewed by Ginex clearly showed Collaro was not the only one Lempesis had solicited, and that those individuals were adults.

The judge reviewed a 5½-hour video that was not entered into evidence, showing, among other things, Collaro and Lempesis engaging in sex acts during Collaro’s sophomore year. That and text evidence showed that there was another adult on the videotape, and that in addition, Lempesis approached another former player and teammate of Collaro’s and, indirectly, a fourth person about participating.

Lempesis’ lawyers unsuccessfully argued that the prosecution had attempted to “poison the trier of fact” by asking the court view the video in the first place under the allegation that “there may be minors on it.” If there were any minors on the video, the state never brought criminal charges against Lempesis for it.

“I find that the persona of the defendant was the sole male role model in [A.C.’s] life,” Ginex said prior to passing verdict. “He was the most vulnerable. If we believe [Collaro] that the acts occurred in high school, he was the most vulnerable person, and he was the one who [defendant] believed would not say anything. I believe that activity corroborates what he said on the stand.”

A pysch report on Collaro was entered into evidence, but uncorroborated by any testimony. In a heavily redacted copy released to the defense, the psychologist opined, “Spiro played the role of mentor expressing great interest in Anthony’s athletic talent and giving him attention and special favors. Though Anthony was unaware of it, Spiro apparently began to groom Anthony sexually when Anthony was about 15 years old.”

Lempesis says the judge’s opinion was refuted by the fact that Collaro had both a father and a stepfather who was a veteran police officer, and that both men were regularly at Collaro’s high school athletic events.

Collaro was his high school baseball team’s pitching ace his senior year, going 10-0 in the regular season and leading his team (28-8) to the state tournament semifinal. He was also a star athlete in football, as well as a wrestler, with mentoring relationships with numerous male coaches between ages 14 and 18.

“An innocent man can be sent to prison without even close to reasonable doubt,” Lempesis said. “This was strictly because the judge showed undue bias and the rules didn’t matter.”