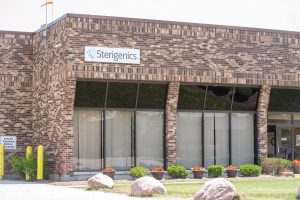 A Cook County jury this week awarded 70-year-old Sue Kamuda with a $363 million verdict after she sued medical supply sterilization company Sterigenics, alleging the company exposed her and surrounding residents to a known carcinogen that led to her breast cancer diagnosis.

Sterigenics used the cancer-causing chemical ethylene oxide to sterilize medical supplies at its facility in Willowbrook for decades. Kamuda sued the company as well as its corporate parent and a corporate predecessor, and hers was the first of more than 760 lawsuits against the company to reach a verdict.

In August 2018, the Agency for Toxic Substances and Disease Registry, a federal agency within the U.S. Department of Health and Human Services, reported in a letter there was an “elevated cancer risk” for anyone who lives near or works in the facility.

The plant was shuttered by the Illinois EPA in 2019 before ultimately shutting down permanently amid public pressure. It had been in operation since 1985.

State Sen. John Curran, a Downers Grove Republican, was one of the first lawmakers to raise alarms about Sterigenics. He called the verdict “astounding” and said it “puts facilities that deal with potentially harmful chemicals on notice.”

“This is just the first of 762 cases that are currently pending against Sterigenics, and the size of this verdict validates the belief that the cancer cluster in the Willowbrook area is a direct result of toxins released into the atmosphere by Sterigenics,” Curran said in a statement. “What we suspected all along, and what has now been found by a jury, is that Sterigenics was a bad actor that turned a blind eye to the fact that they were slowly poisoning the residents who lived in the vicinity of their facility.”

The Chicago Sun-Times reported the company argued that the verdict didn’t reflect the evidence presented in court.

“We will continue to vigorously defend against allegations about our ethylene oxide operations and emissions,” a Sterigenics spokesperson told the newspaper. “As we have consistently done throughout our history, we will continue to operate in compliance with applicable rules and regulations to ensure the safety of our employees, the communities in which we operate and patients around the world.”