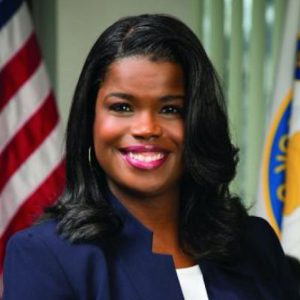 A re-shuffling of resources in Cook County State’s Attorney Kim Foxx’s office has left suburban police chiefs feeling squeezed and criminal justice reform activists feeling hopeful that the poorest defendants will have less chance of being swept into the criminal court system.

Starting in August, prosecutors from the State’s Attorney’s office will no longer seek convictions for certain low-level traffic arrests, such as driving with license suspended (DWLS).

Foxx’s office also announced prosecutors will recommend that judges set recognizance, or “I-Bonds,” for misdemeanors and certain low-level felonies if the defendant has no prior violent criminal history. I-Bonds will be recommended for retail theft, possession of controlled substance and criminal damage to property, according to a statement from Foxx’s office.

At the end of June, Foxx also announced a new “homicide and gangs unit.”

“We have priorities,” First Assistant Eric Sussman said in an April phone interview about prosecutor resources. “We don’t have the resources to prosecute every case that could be a felony. We start with a premise that we cannot prosecute every case that merits a felony when there are 700 homicides every year in Cook County. That’s where we are going to spend our resources. That’s the allocation we’ve made.”

“Routinely detaining people accused of low-level offenses who have not yet been convicted of anything, simply because they are poor is not only unjust — it undermines the public’s confidence in the fairness of the system,” said Foxx in a statement. “For too long, prosecutors have abdicated our responsibility by not participating in this process. With this policy change, we recognize the role our office can play in decreasing the overreliance on pre-trial detention.”

But some suburban police chiefs worry the changes will result in an increase in lawlessness that will strain local departments and towns.

“I’m totally opposed to these proposed changes,” wrote Riverside Police Chief Tom Weitzel in a June 16 letter to Cook County Board President Toni Preckwinkle and the County Board. Weitzel has acted as spokesman for the Illinois Association of Chiefs of Police.

“These decisions not to prosecute are putting our police officers, the young men and women that are patrolling the streets, in ethical dilemmas,” Weitzel wrote. Officers were working under more intense scrutiny from the public, he wrote. “Do we really want to have our officers decide what crimes they will make an arrest? … To arrest someone and book them into custody knowing that State’s Attorney’s Offices will not prosecute is — simply put — ridiculous and unethical … . It is a total waste of time to transport a prisoner to bond court knowing they are going to get a personal recognizance bond,” Weitzel wrote.

“Police have always been able to exercise discretion, as have prosecutors,” said Sharlyn Grace, senior policy analyst and staff attorney for the Chicago Appleseed Fund for Justice. “The fact that a law exists that can be used to prosecute people doesn’t mean it has to be. For example, in states where recreational marijuana is legal, it’s still illegal at the federal level.”

The States Attorney’s office said serious driving infractions such as DUI or causing an accident resulting in serious injuries or death would still be prosecuted as Cook County cases.

Grace said the new State’s Attorney’s rules advising an I-Bond for non-violent and low-level offenders would help keep the poor out of jail, which was a reform supported by Foxx, along with Sheriff Tom Dart, Preckwinkle and Chief Judge Timothy Evans.

Still, Grace and Sussman said it was important to keep lines of communication open and be transparent about which cases the States Attorney’s office would move forward.

“There needs to be coordination and communication. Municipal police departments should figure out what prosecution should look like and adjust their internal policy. It’s not a good policy to arrest people for things they won’t be prosecuted for,” Grace said.

The new States Attorney rules suggest that local municipalities shoulder the burden to charge low-level offenders with local ordinance violations and adjudicate locally, if they chose to.

“We may not be able to adopt that kind of local ordinance as a non-home rule suburb,” Weitzel said. He worried about crime increasing in smaller communities where local resources couldn’t afford a parallel court system. And he worried that drivers would ignore the laws and not pay their fines.

“You should have a valid license because it is a privilege, not a right, to drive in Illinois. Financial suspension for failure to pay child support has been very successful. It’s a good tool to get deadbeat [parents] to pay.”

But Grace said national research showed taking away the ability to drive legally did not increase an offender’s ability to pay off debts.

“Last month the Cook County Jail reported around 61 or 62 people held for DWLS because of inability to pay,” Grace said. “People can’t pay, then they end up with new fines and fees, then they end up in jail at great taxpayer expense.”

Meanwhile Foxx also announced June 29 that a new team of veteran prosecutors would staff the “Homicide and Gangs Unit.” Using a “vertical” system, prosecutors with 10 or more years of experience will follow specific homicide and gang cases from investigation through trial and sentencing. Previously, cases would move through several different asistant states attorneys in felony review, preliminary hearings and indictment, then moving to the courtroom for trial, a statement from Foxx’s office said. Homicide victim family advocates said having a familiar face and source of information would help family members.

Chicago Police Supt. Eddie Johnson predicted the new arrangement would strengthen cases at trial and “build a culture of trust and continuity between police detectives and prosecutors.”