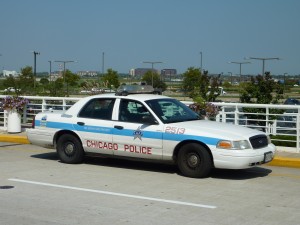 An ACLU report regarding pat-downs in Chicago cited that of 250,000 stop and frisks in the city last year, 72 percent of the individuals stopped were black despite blacks making up just 32 percent of the city’s population. Photo by Endlezz

Cook County commissioners have stopped short of telling Chicago officials to examine adopting uniform stop-and-frisk procedures and better train officers on the use of frisks.

Many commissioners felt the county would be overstepping its bounds to do so.

Commissioner Richard Boykin had presented a resolution at the April 29 County Board meeting asking city officials to look at an ACLU report regarding pat-downs in Chicago and adopt the recommendations from that report.

The report cited that of 250,000 stop and frisks in the city last year, 72 percent of the individuals stopped were black despite blacks making up just 32 percent of the city’s population.

However, the majority of the commissioners voting “yes” or “no” on the issue took exception with diving into a city issue.

“This is telling the City Council to do something that they have total jurisdiction and authority to do,” said 9th District Commissioner Peter Silvestri. “We were not elected to be City Council members of the city of Chicago. We were elected to represent the county, the larger area.

“… This is not about Cook County. This is not in our jurisdiction. This is an intrusion on the affairs of the city of Chicago … I was a mayor for 24 years. I didn’t want this County Board, the state Legislature or Congress, for that matter, telling me what to do because we were elected locally by the people.”

“Chicago has failed to train, supervise and monitor law enforcement in minority communities for decades, resulting in a failure to ensure that officers’ use of stop and frisk is lawful,” the American Civil Liberties Union said in a statement regarding its report.

Boykin said the non-binding referendum he presented addressed a huge issue for the city, which much of his district is a part of.

“It is a powder keg waiting to explode,” Boykin said of the stop-and-frisk issue. “We’re not binding the city of Chicago with this resolution. We’re urging them to adopt these regulations.”

Butler said he couldn’t support the resolution because of the ACLU report being a Chicago issue.

“I think we are overstepping our bounds,” Butler said, “and when it comes back to us, we are not going to like it.”

Fritchey said he didn’t feel well-versed enough on what is in the ACLU report and therefore voted “present.”

Goslin said the county continues to issue opinions about other government entities’ issues.

“We are increasingly, every meeting, sponsoring resolution after resolution that tells other units of government what to do,” Goslin said. “It is making me very uncomfortable.”

Murphy said asking other governments to look at an issue makes sense. It is not something that county commissioners should shy away from, she said.

“Why shouldn’t we set forth our thoughts and our feelings about how something should be?” Murphy asked. “We’re elected officials.”

Sims said the issue reminded her of when the state passed unfunded mandates onto them and the County Board sat and complained about it.

“When we start passing resolutions regarding other governments, I think they take a look at that and say, ‘Hmm, well, let’s send them a bunch of stuff that maybe they can’t do either,’ ” Sims said.

She said maybe the issue should have started with the county’s only police force instead of Chicago’s.