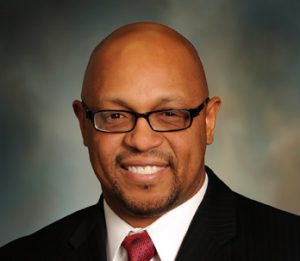 But it’s unclear whether the opinion authorizes the Calumet City Democrat to be sworn in as that city’s mayor if he wins the April 6 General Election and remains a state lawmaker, according to an attorney for the city. That’s still in question, because the residents of Calumet City passed a referendum in November prohibiting anyone who holds an office created by the state’s constitution from serving as mayor.

The Supreme Court was ruling on an issue of timing regarding the local referendum’s effective date, not on the legality of Jones holding both positions — state law allows members of the General Assembly to hold another elected office.

Jones filed his nomination papers for Calumet City mayor on Nov. 16. Nearly two weeks earlier, on Nov. 3, voters in Calumet City passed a local referendum that prohibited a person from seeking mayoral office “if, at the time for filing nomination papers, that person also holds an elected, paid office created by the Constitution of the State of Illinois.”

The referendum applies to “all persons seeking nomination or election to, or who hold, the office of Mayor of the City of Calumet City at the Feb. 23, 2021 Consolidated Primary Election and each election thereafter.”

But the Illinois Supreme Court ruled that the referendum did not take effect until the election results were certified on Nov. 24.

“(November 24) is the legal effective date of the referendum,” the court wrote in its 5-page opinion. “Holding otherwise would cause instability and confusion, as it would create a period of time where the results of the election are legally effective yet unknown to the public. The legislature provided in the Election Code a prophylactic for this uncertainty: certification and declaration of the results. At that time, the election is decided and legally effective. Consequently, Jones was eligible to run for mayor at the time he filed his nomination papers.”

“But as of now, he’s not allowed to be a state representative and the mayor,” Ross Secler, attorney for the city, said in an interview. “That’s my understanding of the current situation.”

According to Secler, who is an attorney with Odelson, Sterk, Murphey, Frazier & McGrath Ltd., it is possible that Calumet City, the Cook County State’s Attorney or the Illinois Attorney General could seek to enforce the newly passed referendum and prevent Jones from being seated as mayor.

Or, Secler said, it is possible that Jones will resign from his position as state representative.

“It really just depends on what Mr. Jones decides to do, in part, but it is an interesting situation to be in. I just fear that this is not over,” said Secler, who also represents the Municipal Officers Electoral Board for the City of Calumet City, which decided Jones’ nominating papers were invalid.

The Supreme Court ruling came less than one month after Jones defeated incumbent Mayor Michelle Markiewicz-Qualkinbush, who was seeking a fifth term, in the February primary. Unofficial election results pegged Jones with 1,655 votes and his opponent with 1,374.

If Jones wins an April 6 election against write-in candidate Tony Quiroz, he would become the first Black mayor of Calumet City, if he is allowed to be seated.

Neither Jones nor his lawyers responded to requests for comment on Thursday.

The court’s decision was unanimous, with the exception of Justice P. Scott Neville, who recused himself. Chris Bonjean, the court’s spokesman, did not provide the reason for Neville’s recusal.

The Illinois Supreme Court’s decision overruled the decisions of the Municipal Officers Electoral Board for the City of Calumet City and a Cook County Circuit Court judge — both of which ruled that the referendum disqualified Jones from running.

After the referendum results were certified, two residents in Calumet City filed objections with the city’ Municipal Officers Electoral Board. The objectors argued the referendum was effective on Nov. 3, therefore Jones was not legally qualified for the office sought at the time nomination papers were filed.

On Dec. 21, a majority of the Board agreed with the objectors’ arguments and found Jones’ name should be taken off the primary ballot.

Jones sought judicial review of the decision in Cook County Circuit Court, and in an opinion issued Jan. 22, Judge Maureen O. Hannon affirmed the Board’s ruling. She allowed Jones’ name to remain on the ballot but ruled his votes should not be counted.

That court overruled the decisions by Hannon and the Municipal Officers Electoral Board in a one-page order, issued on Feb. 11, that ruled Jones’ name be printed on the primary ballot.