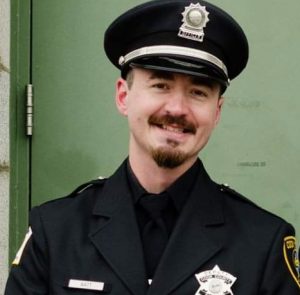 Criminal charges are being sought against two Cook County Jail detainees after three correctional officers were injured — one seriously — during an April 14 attack in a jail division.

Jail Officer Billy Watt was knocked unconscious in the incident and hit his head on the concrete floor, according to Shawn Popow, a friend of Watt since they were both in the fifth grade.

“We consider each other like brothers,” he said in an email to the Chronicle.

Popow said Watt continues to progress from his injuries.

“He still has massive pain, but was in better spirits,” Popow, a Chicago police officer for 17 years, said Saturday on a gofundme page he has created to raise money for Watt during his recovery.

As of Saturday, the gofundme page had raised more than $30,000 for Watt. Popow hopes to raise $50,000 for Watt through the effort.

The fundraiser for Watt is at https://www.gofundme.com/f/1zb2582ilc.

Popow said Watt was working the midnight shift at the jail when an inmate attacked another guard. 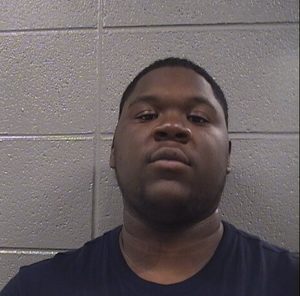 “As Officer Watt attempted to render aid to his fallen officer, he was viciously attacked by the same inmate,” Popow said.

He said Watt, who has been a jail officer for seven years, was transported to Mount Sinai Hospital, where it was discovered he had a skull fracture and a brain bleed.

“He is well-liked and respected by co-workers and inmates alike,” Popow said, “always kind, fair and willing to help anyone who asked. We are now banding together to help Officer Watt through his recovery in this difficult time.”

The Cook County Sheriff’s Department said that at 3:40 a.m. April 14, a correctional officer was passing out breakfast on the upper tier of the maximum-security facility when he opened the door to detainee Dante Jeffries’ cell to let him go down to the lower level to get a cup of water.

When Jeffries returned, he attacked the officer from behind and grabbed him by the neck and pulled him into his cell, jail personnel said. The officer fought with Jeffries and was able to exit the cell, the Sheriff’s Department said. 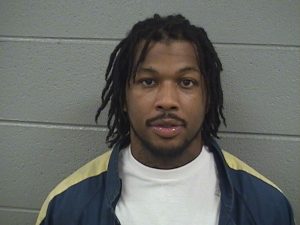 The fight continued along the catwalk, where Jeffries was allegedly able to get on top of the officer and choke him until he lost consciousness.

The Sheriff’s Department said a preliminary investigation indicates Jeffries also used bars of soap in a sock wrapped around his wrist to attack the officer.

Once the officer was unconscious, Jeffries took the officer’s keys and handed them to his cellmate, Sharelle Sims, who began to open other cell doors, the Sheriff’s Department said.

A second officer, believed to be Watt, appeared, and rushed past Jeffries to begin giving aid to the unconscious officer, according to the department.

Jeffries violently struck the officer in the face and knocked him unconscious, according to the Sheriff’s Department. The detainee allegedly then went to Watt, who was tending to his colleague, and violently struck him, knocking him to the ground.

A sergeant armed with a taser arrived and ordered Jeffries, Sims and a third detainee who had been let out of his cell with the officer’s stolen keys back into their cells, according to sheriff’s deputies.

The Sheriff’s’ Department said the two other officers were treated at a local hospital and released, and that the third officer, who Shawn Popow identified as Watt, was hospitalized for serious injuries sustained in the attack.

Popow said Watt was released from the hospital April 16.

Jeffries, 30, has been in custody since 2017 on charges outlined in a 113-count indictment, including attempted murder, aggravated battery of a police officer and aggravated kidnapping, in connection with the shooting of a Chicago police officer following an armed robbery at a South Side store. He has previous convictions for aggravated unlawful use of a weapon, domestic violence, and drug possession.

Sims, 23, has been in custody since August on charges of armed habitual criminal and unlawful possession of a firearm with a defaced serial number. He has prior convictions for armed robbery and aggravated use of a weapon.

The Sheriff’s Department said the incident “makes clear the dangers that our brave and committed correctional officers face every day.”

“Despite unprecedented challenges our correctional staff face managing the jail during a pandemic, the inherit risks and threats they face day in and day out continue,” the department said in a statement. “Currently 83 percent of the detainee jail population is charged with violent offenses.”