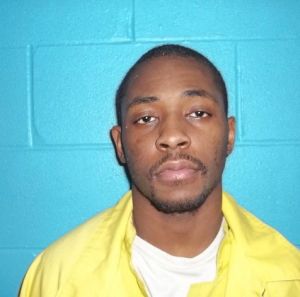 A Dolton man has been sentenced to eight years in prison for stealing firearms from a licensed gun dealer.

Culps admitted that in the early morning hours of April 18, 2017, he and co-defendants, Bruce Walker, 24, of Calumet City, and Paris Brown, also known as “Pairo,” 24, of Chicago, obtained a stolen vehicle and drove from Cook County to a federally licensed firearms dealer in Manteno.

The three individuals used a hammer to shatter one of the business’ glass exterior doors and entered the premises. After entering, they attempted to break into a firearms safe inside the gun store, but were unsuccessful.

Culps, however, stole a rifle with a 30-round magazine from the office. Culps, Walker and Brown also stole boxes of ammunition before returning to Cook County with the stolen rifle and ammunition. About three hours later, Culps, Walker and Brown used the same stolen vehicle to drive to a federally licensed firearms dealer in Tinley Park. There they attempted to shatter the front glass door and front window of the gun store, but fled after failing to do so.

Walker pleaded guilty Feb. 20, 2019 to one count of conspiring to steal a firearm from a licensed firearms dealer and one count of possessing a stolen firearm. He was sentenced May 30 to seven years and eight months in prison.

Brown pleaded guilty Jan. 9, 2019, to stealing firearms from a licensed firearms dealer and conspiring to do so. He was sentenced June 28 to six years in prison.

As part of their sentences, Culps, Brown and Walker were also ordered to pay restitution to the gun stores that they burglarized.