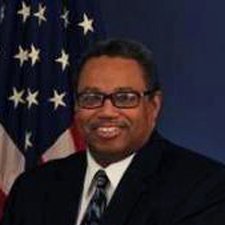 Dorval R. Carter Jr. provides more than 30 years of experience at city and federal levels, including past positions in CTA management.

Mayor Rahm Emanuel named Dorval R. Carter, Jr. as the new President of the Chicago Transit Authority on May 5. Carter, who has more than 30 years of experience in public transit at both the city and federal levels, joins the CTA from the U.S. Department of Transportation in Washington, D.C., where he most recently has served as Acting Chief of Staff to Secretary Anthony Foxx.

“Dorval has served the American traveling public in various roles at USDOT. Most recently, I asked him to serve as my Acting Chief of Staff where he has worked on some of the most challenging transportation issues facing our country,” said US Department of Transportation Secretary Anthony Foxx. “He possesses the experience and passion for transit that will make him highly effective. Mayor Emanuel has made an excellent choice to lead CTA.”

“Dorval is a seasoned professional who brings a wealth of experience and knowledge about public transportation to the CTA,” Mayor Emanuel said. “And just as importantly, he already has a long and successful track record with CTA, and understands the opportunities and challenges it faces.”

Carter becomes the first African-American president of the CTA since the agency’s inception in 1947. He served the CTA from 2000 to 2009 where he held a variety of posts culminating in Executive Vice President and Chief Administrative Officer. During his tenure, Carter was responsible for directing and coordinating the principal planning and operating functions of CTA’s $1 billion operating budget and five-year capital improvement program. He also served as Acting CTA President from January to April 2009.

“I would like to congratulate Dorval Carter for his new leadership role as head of Chicago Transit Authority. By this, I know that CTA is headed in the right direction particularly in terms of its rapid transit lines,” said Congressman Bobby Rush. “I am proud of the community involvement and community jobs that resulted from the Red Line expansion and I think in the future, CTA should and will be a jobs generator for residents in the First Congressional District. I look forward to working with President Carter to further make job creation a reality.”

“As a Congressman and as Transportation Secretary I’ve had the pleasure of working closely with Dorval Carter for years, and Mayor Emanuel couldn’t have selected a better person to lead CTA,” said Former U.S. Secretary of Transportation Ray LaHood. “I brought Dorval from CTA to USDOT when I was tapped to lead the Department. Dorval brings a wealth of knowledge on transit issues and a passion for public service that will serve the people of Chicago well.”

Before joining CTA in 2000, Carter spent 10 years at the FTA, where he was Assistant Chief Counsel for Legislation and Regulation and managed the office responsible for planning, directing, and supporting the Administration’s legislative and regulatory programs. Prior to that, Carter was the Regional Counsel of the FTA Region 5 office in Chicago. He was responsible for all contractual, labor, environmental and litigation matters as well as legal policy guidance.

He received his Juris Doctor degree from Howard University School of Law in Washington, D.C., and received his Bachelor of Science degree in Business Administration and Economics from Carroll College in Waukesha, Wisconsin.

Carter will begin serving in his new role at CTA the week of May 18.