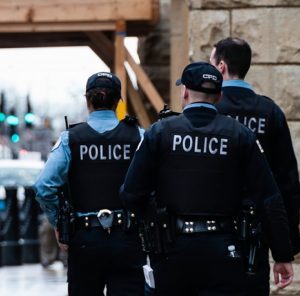 Eight people were injured in two shootings Sunday, May 3 in Chicago.

During a large gathering at 3:33 a.m. Sunday in the 3700 block of West 13th Street, five males each suffered gunshot wounds to the leg after an occupant inside a passing gray four-door sedan opened fire.

An 18-year-old and a 19-year-old were each listed in fair condition at Mount Sinai Hospital.

A 15-year-old, a 17-year-old and a 19-year-old were each listed in fair condition at Stroger Hospital.

In a separate shooting Sunday, three men were injured in the city’s Auburn Gresham neighborhood.

A 23-year-old man and two 29-year-old men were on a sidewalk on the 7900 block of South Paulina at 5:23 p.m. when an unknown light-colored vehicle pulled up. An offender inside the vehicle produced a firearm and fired shots at the men and then fled westbound.

The 23-year-old sustained a gunshot wound to the lower back and was also transported to Christ Hospital, where he was listed in stable condition.

Chicago detectives are investigating the incidents.