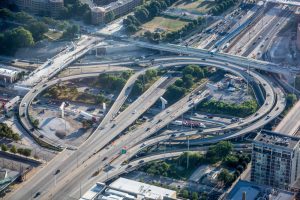 An expressway leading Downtown as well as two feeder ramps on another Downtown expressway were closed Saturday afternoon.

The closures, made by Illinois State Police, are believed to be related to protests in Downtown Chicago over the death of George Floyd, a black man who died Monday (May 25) after a white police officer in Minneapolis knelt on Floyd’s neck for more than eight minutes.

Also, the Ohio and Ontario feeder ramps on Interstate 90/94 — leading into and out of the downtown Chicago area — are also closed until further notice.

Motorists are advised to avoid the areas and seek alternate routes.