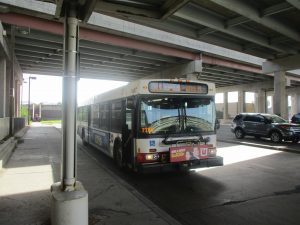 Two years ago, a coalition of organizations representing neighborhoods along 31st Street and the section of Lincoln Avenue between Fullerton and Western avenues celebrated a major victory.

On Nov. 18, 2015, Chicago Transit Authority approved two pilot projects that would bring back Route 31, which was eliminated 18 years earlier, and the section of Route 11 that was delimited in 2012. If these services would meet the ridership target, they would be brought back for good. If not, they would be eliminated.

By August 2017, CTA announced that Route 11 re-extension didn’t attract enough riders. But a month earlier the transit agency extended the Route 31 pilot until Spring 2018. After that, CTA will look at the ridership numbers and decide its fate.

Like most CTA routes serving major streets, the two routes trace their roots to horse-drawn streetcar routes. While details changed, Route 11 traditionally served much of Lincoln Avenue, one of the handful of city streets that doesn’t follow the grid-like pattern. By the start of 2012, it began at the intersection of McCormick Boulevard and Howard Street, continued east on Howard Street before turning north on Kedzie Avenue. At Devon Avenue, it turned onto Lincoln Avenue and largely follows it until Armitage Avenue, making occasional detours to connect to nearby ‘L’ stations. At Armitage, it turned south on Sedgwick Street, turning east on Division Street then continuing south along Orleans Street before making a loop toward Clinton Blue Line ‘L’ station.

In the fall of 2012, CTA approved a fare increase and an overhaul of several routes, including removing a portion of Route 11 between Western and Fullerton and turned the section south of Fullerton into Route 37. At the time, the transit agency argued that the Western-Fullerton section duplicated the service provided by Brown ‘L’ line. Indeed, the section in question ran between the line’s Western and Fullerton stations, creating a triangle-like shape. CTA argued that some stations are close enough to Lincoln Avenue that residents could walk there. Failing that, they could take advantage of buses that served most major corridors. 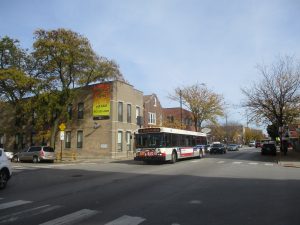 At the time, a number of local politicians, residents and community organizations came out against the cut. They argued that it would make it harder for seniors to travel and hurt the businesses along the route. During the Dec. 10, 2012 budget hearing, they urged the agency to keep the route going, at least for a few more months. At the time, Ald. Aemya Pawar (47th), whose ward included a significant portion of Lincoln Avenue corridor, urged the transit agency to find a way to reduce costs without cutting service altogether.

“I don’t want us to solve a fiscal issue and create a social problem,” he said. “I’m asking, pleading that you give me time to flesh out proposals [to keep the No. 11 going].”

Meanwhile, Route 31 historically served the street that gave it its number. According to a 1995 CTA system map, it started at the Ashland Orange Line ‘L’ station and continued east along 31st Street until it reached Rhodes Avenue. It was discontinued in Sept. 13, 1981, but it was brought back a year later sans Sunday service. The route was shut down again Oct. 5, 1997.

Since Route 31 shut down and Route 11 was reduced, organizations in both communities tried to bring it back.

Quade Gallagher, the Chair of Bridgeport Alliance was among the major advocates in for restoration of Route 31. In response to an inquiry from the Chronicle, he and Debbie Liu, the Community Development Coordinator at the Coalition for a Better Chinese American Community, put together a series of responses. As they explained, the loss of the route was a major loss for the community.

“31st street is an important corridor through McKinley Park, Bridgeport, and Bronzeville [neighborhoods] that connects business (restaurants and grocery stores), health (Mercy Hospital), recreation (the parks and the lake), job opportunities, and services (a clothing pantry at First Trinity Church and food pantry at Benton House),” they wrote. “Although the bus services everyone, we heard from the elderly time and time again that they needed a way to get around that is convenient and efficient. The bus also serves the working class [residents] who need economic opportunities and people struggling with poverty, hunger, and homelessness need basic services. We believe the CTA is a public good that needs to provide public transit for these and many more reasons.”

In 2008, the Bridgeport Alliance teamed up with Little Village Environmental Justice Organization and CBCAC to push the transit agency to bring the service back. They hoped to bring back Route 31 as it existed in 1997, but to extend it west along 31st street all the way to Chicago border, so it would serve Little Village neighborhood as well. Route 31A covered most of that section in the past, but it was discontinued at the same time as Route 31.

In 2012, they got a partial victory as CTA launched a 180-day pilot extension of Route 35 to serve the section of 31st Street between Kedzie and Cicero avenues. While the ridership did go up, the transit agency found it was short of projections and didn’t keep the service.

By that point, Pawar as well as community organizations and residents involved in trying to avert Route 11 cut pushed to have the Western-Fullerton segment restored. Realizing that they have similar goals, they teamed up with the Route 31 restoration advocates to push for both routes to be restored. 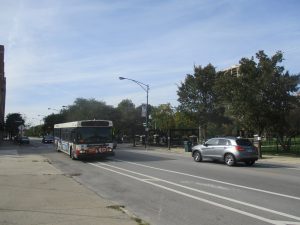 On Nov. 15, 2015, the CTA agreed to do six-month pilots for both routes, restoring Route 11 on June 19, 2016 and Route 31 on Sept. 4, 2016. The Route 11 pilot kept the routing for Western-Fullerton section the same. Route 31 pilot did several changes to the route, creating a direct connection to the Sox-35th Red Line ‘L’ station, 35th Street-Lou Jones Rock Island District Line Metra station and 35th-Bronzeville-IIT Green Line ‘L’ station.

CTA spokesperson Irene Ferradaz told the Chronicle that the operating hours and service frequencies were set based on community needs.

“The hours of service for both pilots was set based on the kinds of trips that the community told us they wanted, including access to senior activities, medical appointments and shopping trips,” she said.

But Gallagher and Liu told the Chronicle that, at least with Route 31, the schedule hurt its effectiveness.

“Unfortunately, if folks cannot take the bus to work, school, or Sunday service, they do not feel that the bus can serve them for other uses like grocery shopping, going to the park or going out for dinner along the 31st St. corridor,” they wrote.

Gallagher and Liu also argued that the route would be more useful if it continued east and then north, so that it can serve the lakefront, Mercy Hospital and the Museum Campus.

“[These] are all critical resources people need to live healthy lives and have recreational and economic opportunities,” they wrote.

In a Frequently Asked Question page for the Route 11 pilot, CTA stated that the reason why it didn’t have morning rush hour service was because the ridership increase it would bring didn’t justify the costs.

“Even if AM service was added to the [Route] 11 extension, which would cost an additional $124,000, the estimated ridership would only be around 1,000, which is far short of what would be a revised goal of 1,960 daily rides,” it stated.

“Both target ridership numbers were determined based on what CTA would expect from similar bus routes of this type operating during these hours and with this frequency,” she explained.

According to the ridership data compiled by Regional Transportation Authority, between September 2016 and May 2017, the ridership never went above 669 weekday riders, dipping to 393 riders at its lowest. The ridership data from June 2017 onward was not available at press time.

While Route 11 numbers are available, the numbers for the Western-Fullerton portion were not separated out.

Both Route 11 and Route 31 pilots were extended past the initial six-month trial period for another six months. In July 2017, the CTA extended Route 31 pilot again, this time until Spring 2018. The same couldn’t be said for Route 11. On Aug. 9, 2017, the transit agency announced that the pilot would end effective Sept. 1, 2017. As it explained at the time, the average ridership for Western-Fullerton section was 500 riders — far below its goals.

Gallagher and Liu told the Chronicle that they weren’t optimistic about Route 31’s ability to increase ridership.

“The [pilot] program has been extended twice now under these same conditions and we have had the same results,” they wrote. “Due to the limited hours and route, it makes it very difficult to meet these metrics.”

They added that the route has found a following.

“Currently, as far as we can tell, the main ridership comes from college students at [Illinois Institute of Technology] and senior citizens who tend to be immigrants and people of color — two groups that desperately need effective and efficient public transportation in their daily lives,” they wrote.

A visit to the businesses along Route 31 revealed diverging opinions.

John Pabbington, an accountant at Maria’s Packaged Goods and Community Bar, felt that Route 31 was an asset.

“I think it’s a great idea,” he said. “Helps the neighborhood helps the community.”

When asked to elaborate, Pabbington said that it improves assess to job opportunities.

Stephen Adzemovic an employee at the nearby Bridgeport Coffee, said that if it affected the business at all, it was that they lost a parking space to a bus stop. He also felt that Route 31 would work better if it went to 31st Street Beach — at least during the summer.

Ferradaz told the Chronicle that the final fate of Route 31 will be decided once the pilot is over.

“During this time, CTA will invite public comment about the service and determine whether the ridership target of 830 average weekday rides is met,” she said.