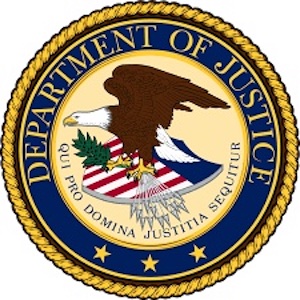 SPRINGFIELD — The former longtime chief of staff to former House Speaker Michael Madigan was indicted Wednesday, May 26 for allegedly lying under oath and attempting to obstruct justice.

Tim Mapes, who also formerly served as the House clerk, was granted immunity in connection with the federal investigation into potentially criminal efforts by officials and lobbyists with Commonwealth Edison to curry favor with Madigan in exchange for favorable energy legislation. Madigan has not been charged and denies wrongdoing.

The indictment came with just six days remaining in the legislative session as ComEd was among several interest groups negotiating a massive energy regulatory overhaul bill with lawmakers in the General Assembly.

Mapes allegedly lied to the grand jury when he testified in March about whether he had knowledge about Madigan’s sensitive communications with an unnamed consultant, who is only identified as Individual B in the indictment.

He also lied about whether he knew that the consultant carried out work and assignments on behalf of the former speaker and communicated messages on his behalf, the indictment states.

Andrew Porter and Katie Hill, lawyers who represent Mapes, said in an emailed statement that Mapes testified truthfully to the grand jury. They are attorneys with Chicago-based Salvatore Prescott Porter & Porter, PLLC.

“His honest recollections — in response to vague and imprecise questions about events that allegedly took place many years ago — simply do not constitute perjury. This case, of course, is not about him — but about the government’s continued pursuit of his former boss. Tim Mapes has in no way engaged in obstruction of justice, and looks forward to prevailing at trial when all of the facts are aired,” Porter said in the email.

In July 2019, ComEd officials admitted to participating in a yearslong bribery scheme aimed at influencing Madigan. Through a so-called deferred prosecution agreement, the company agreed to pay a $200 million fine in exchange for cooperating with the investigation.

The front page of an indictment of former chief of staff to former House Speaker Michael Madigan is pictured as filed by federal prosecutors.

Mapes is also former clerk for the House of Representatives and former executive director of the Illinois Democratic Party. His indictment is the latest fallout from the federal investigation into ComEd’s lobbying efforts.

Mapes resigned as Madigan’s chief of staff and as House clerk in June 2018 after an investigation into the “workplace culture” of Madigan’s office found Mapes contributed to a culture of bullying pervasive throughout the Capitol system.

Republican House Minority Leader Jim Durkin of Western Springs said in a statement that the indictment of Mapes “underscores the criminal enterprise operated under the dome by former Speaker Michael Madigan, also known as Public Official A.”

Whitney Barnes, spokesperson for Republican Senate Minority Leader Dan McConchie of Hawthorn Woods, also blasted the Democrats in the General Assembly, calling for them to pass “a comprehensive anti-corruption package that would empower the Illinois Attorney General to investigate and prosecute corruption on the state level instead of waiting for the federal government to intervene.”

“The indictment of former long-time Speaker Madigan’s chief of staff underscores the desperate need to pass anti-corruption legislation in the next five days,” Barnes said in a written statement.

Spokespeople for House Speaker Emanuel “Chris” Welch, of Hillside, and Senate President Don Harmon, of Oak Park, declined to comment on the indictment.