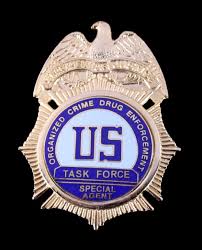 Many of the alleged firearms offenses, drug trafficking, and violence occurred in the Austin neighborhood on the West Side of Chicago.

“Operation Wicked Stones,” part of “Operation Full Circle,” focused on activities by alleged high-ranking members of both the Wicked Town faction of the Traveling Vice Lords and the Black P-Stone Nation street gangs.

The indictments and a criminal complaint unsealed in U.S. District Court in Chicago allege federal firearms, narcotics, and money-laundering offenses. The investigation also resulted in previously filed federal charges against three defendants for their alleged role in a murder-for-hire conspiracy.

Many of the federal defendants were arrested Thursday (June 25), and detention hearings will be held in federal court in Chicago.

Seven federal defendants are charged in United States v. Harris, et al. The complaint describes a drug-trafficking organization in which the defendants worked to distribute wholesale quantities of heroin and cocaine on the West Side of Chicago, and two of the seven defendants are also charged with firearms offenses. The defendants are: James Harris, 51, of Berkeley; Patrick Turner, 52, of Bellwood;  Gregory Hopkins, 50, Eric Berger, 53, and Larnell Pillow, 51, both of Chicago; Rickey Griffin, 51, of South Holland; and Reginald Richmond, 29, who federal authorities list as living in Sunrise Terrace.

According to the complaint, in April, Harris, wearing his Chicago Transit Authority work uniform, met with Turner to acquire 322 grams of heroin. Federal and state law enforcement officers seized the heroin from Harris outside of Turner’s residence, the complaint alleges. The complaint also alleges that during April, law enforcement officers seized a firearm from Griffin, who could not lawfully possess a firearm because of prior felony convictions.

As part of the investigation, three federal defendants were previously charged. In that case, Deshawn Morgan, 37, Darius Murphy, 20, and Demond Brown, 26, all of Chicago, were charged by indictment for their alleged role in a murder-for-hire conspiracy in 2018 that resulted in the death of an individual.  All three defendants are in federal custody awaiting trial.

Two other federal defendants and Spencer are charged by indictment. The indictment charges Larry Jones, 39, of Broadview, Marsha Fountain, 48, of Plainfield, and Spencer with conspiracy to distribute heroin.

Enrique Fuentes-Ortiz, 45, of Chicago, is charged with firearms and narcotics offenses.

As part of the investigation, three other federal defendants are charged in separate indictments with firearms offenses: Deshon George, 26, Dante Dockett, 42, and Derrius Burns, all of Chicago

Daniel Cerpa, 41, of Elmhurst, and Wilfredo Gomez, 48, of Chicago, are charged in a fentanyl-and-heroin-trafficking conspiracy.

Marshaw Ranson, 40, of Chicago is charged with fentanyl trafficking, as well as money-laundering offenses.

Jesse Ochoa, 38, of Chicago, is charged with narcotics offenses.

The firearms, narcotics, and money-laundering charges in the indictments and complaint carry maximum penalties of between 10 years and life imprisonment. The murder-for-hire charges carry a mandatory sentence of life in prison, while a death sentence is also possible.

Only the attorney general of the United States has the authority to seek the death penalty. If convicted, the court must impose “reasonable” sentences under federal statutes and the advisory U.S. Sentencing Guidelines.

In the Northern District of Illinois, U.S. Attorney John Lausch and law enforcement partners have deployed the Guardian and PSN programs to attack violent crime issues facing the district.