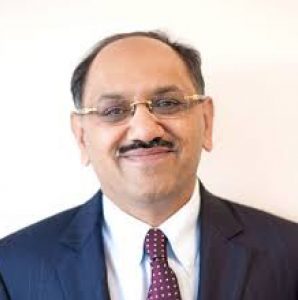 The Evanston owner and operator of information technology companies has been charged with fraudulently seeking a Paycheck Protection Program loan.

The Evanston resident, who owns Boardshare, Katalyst Technologies, and Codesoft, was charged in a criminal complaint filed in the Northern District of Illinois with bank fraud and making false statements to a financial institution. His initial appearance in U.S. District Court in Chicago has not yet been scheduled.

“The Paycheck Protection Program was designed as a lifeline for small businesses struggling to survive the COVID-19 pandemic,” said U.S. Attorney John Lausch. “My office is working closely with our law enforcement partners to hold accountable anyone who seeks to commit fraud in connection with this important program.”

The CARES Act was enacted March 29 to provide emergency financial assistance to millions of Americans suffering the economic effects caused by the COVID-19 pandemic. One source of relief provided by the CARES Act was the authorization of up to $349 billion in forgivable loans to small businesses for job retention and certain other expenses, through PPP. In April, Congress authorized more than $300 billion in additional PPP funding.

PPP allows qualifying small businesses and other organizations to receive loans with a maturity of two years and an interest rate of 1 percent. PPP loan proceeds must be used by businesses on payroll costs, interest on mortgages, rent, and utilities. PPP allows the interest and principal to be forgiven if businesses spend the proceeds on the expenses within 24 weeks of receipt and use at least 60 percent of the forgiven amount for payroll.

According to the complaint, Shah, owner of N2N Holdings, which does business as Boardshare, submitted to a federally insured bank an application for a $441,138 loan guaranteed by the SBA which significantly overstated the payroll expenses of the company. In support of the loan application, Shah submitted to the lender several false and fraudulent IRS documents, including IRS Forms 1099-MISC representing that the company made payments to several individuals who later confirmed to federal investigators that they had not received such payments, federal agents said.

Agents said that Shah’s wife signed the loan application for N2N Holdings. Submitted application information said that N2N had 10 employees and a monthly average payroll of $176,455.

Federal agents said that IRS records show that N2N reported employee compensation for all of 2019 at $48,870.

N2N’s loan application said it paid a Vernon Hills woman $68,715 in 2019, according to the complaint. The woman said she worked for Shah for two years at Katalyst Technologies but has not done work for N2N and did not receive $68,715 from the company, investigators said.

In addition, Shah allegedly signed and submitted to the lender Internal Revenue Service Form 941 representing his company’s quarterly payroll expenses for 2019. A comparison between the documents submitted to the lender and the company’s IRS filings revealed that Shah’s company reported significantly lower payroll expenses to the IRS, the complaint states.

During an interview with federal agents, Shah allegedly initially blamed the fraudulent forms on employees in India.

The bank fraud and false statement charges are each punishable by up to 30 years in federal prison. If convicted, the court must impose a “reasonable” sentence under federal statutes and the advisory U.S. Sentencing Guidelines.

Great Place to Work named Shah’s Katalyst Technologies Inc. as one of the 2020 Best Workplaces in Chicago.

Anyone with information about allegations of attempted fraud involving COVID-19 can report them by calling the Department of Justice’s National Center for Disaster Fraud Hotline at 866-720-5721 or via the NCDF web complaint form at https://www.justice.gov/disaster-fraud/ncdf-disaster-complaint-form.