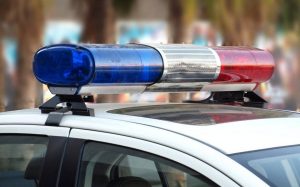 A Chicago man has been arrested in connection with a robbery attempt where he and a security guard exchanged gunfire.

Kenneth Baines, 25, a resident of the 3500 block of West Lexington, has been charged with aggravated battery with a firearm, unlawful use of a weapon by a felon, attempted robbery armed with a firearm and aggravated discharge of a firearm.

Baines, a convicted felon, was arrested by 11th District police at 8:30 p.m. March 28 in the 200 block of North Kenneth. The Chicago man was identified as the offender who shot a 57-year-old security guard after Baines allegedly entered Maypole Avenue Church of Christ, 4400 W. Maypole, on Wednesday evening and announced it was a robbery.

Police said the guard was able to return fire, striking Baines before the offender fled the scene.

Baines was scheduled to appear in bond court Friday, but would not be showing up, police said, due to him being hospitalized for injuries related to the shooting.

— Felon charged in church shooting on Chicago’s West Side —-