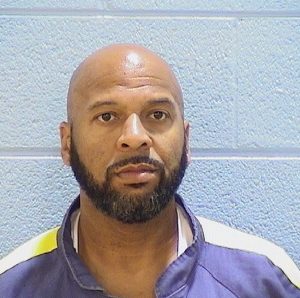 Lennie Perry, 44, was named in an eight-count indictment charging him with luring at least three children into prostitution. Federal prosecutors say Perry trafficked some of his victims from 2012-14, and other victims in 2016-17,

One of Perry’s victims was under 14 years old when he allegedly enticed the child to engage in a commercial sex act, according to the indictment.

The case against Perry was investigated by the FBI Chicago Child Exploitation Task Force, with key assistance from the Chicago Police Department.

Federal prosecutors have filed paperwork to have Perry brought from state prison to the federal courthouse in downtown Chicago for arraignment. If convicted, he faces a statutory minimum sentence of 15 years in prison and a maximum of life in prison.

Besides the bribery conviction, Perry has a felony history of drug and weapons convictions dating back to 1993.

In 2017, he was convicted of conducting a bribery scheme in which he, in his capacity as a City of Chicago tow truck driver, towed illegally park cars, but did not drop them off as required at a city impound lot on lower Wacker Drive.

Instead, Perry left the cars a short distance from the lot, and when people arrived to recover their cars, he would take $150 from the owners, then drive them to their vehicles.

Perry was caught when one of his victims reported the incident to police.