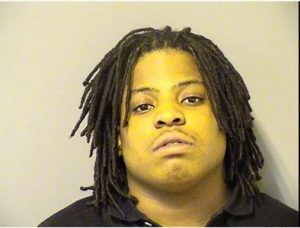 A former Cook County Jail inmate has been sentenced to three years in federal prison as part of a plot to smuggle marijuana into the jail.

Lavangelist Powell, 24, of Chicago was sentenced Feb. 7 to a term in the U.S. Bureau of Prisons. He pleaded guilty in December to conspiracy to commit extortion.

Powell, also known as “JuJu,” was one of three inmates housed in the same tier of the jail where a certain Cook County corrections officer was assigned in June 2013. Powell was part of a team that allegedly conspired with two women to bribe Jason Marek, a corrections officer since 2011, to smuggle marijuana and other contraband into the jail.

Nearly three ounces of marijuana was confiscated after it was found hidden inside two sandwiches that Marek tried to smuggle into the jail in exchange for a $200 bribe. As a result of the seizure and an alleged broader conspiracy, the corrections officer, three inmates, two civilians and a Chicago police dispatcher were brought up on federal charges.

Powell and the other two inmates allegedly conspired with two women to bribe Marek to bring marijuana, cigarettes, tobacco, alcohol, food and other contraband into the jail for inmates’ consumption and for distribution within the jail, according to a three-count criminal complaint.

According to the charges, an ounce of marijuana, which sells for $200 outside the jail, can be sold for five times as much inside the jail

Marek, known as “Murder” and “Murda,” 31, formerly of Orland Park, was assigned to the 3-11 p.m. shift at the jail’s Division 9, Tier 2H, when the marijuana-smuggling was thwarted on June 21, 2013. Marek has pled guilty to delivering contraband to an inmate. His sentencing has yet to happen.

The other two jail inmates were Thadieus Goods and Prince Johnson. Convicted of conspiracy to commit extortion, Johnson was sentenced to three years in prison. He is currently appealing his case.

During a recorded telephone call from the jail on June 15, 2013, Goods allegedly told his wife, Perlisa Stevenson, that, with her help, he had the opportunity to make money by selling marijuana inside the jail as long as he also had a corrections officer willing to help him.

“Rooting out corruption in the Cook County Jail is a top priority of mine,” said Cook County Sheriff Thomas Dart. “I’m thankful to our federal partners at the FBI and the U.S. Attorney’s Office for working closely with my staff to conduct such a thorough investigation and to charge this far-reaching case.”

Goods, also known as “Big Weasy,” “Weasy” and “Wang,” 38, of Calumet Park; Johnson, aka “Primo,” 34, also of Chicago, and Powell all faced federal charges. Stevenson, aka “Wang Wang,” 31, and Natosha McCollum, aka “Tasha,” 23, who is Powell’s girlfriend, were all charged in the incident. 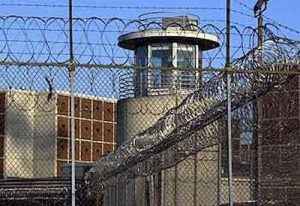 The six defendants — Marek, Goods, Johnson, Powell, Stevenson and McCollum — were charged with conspiracy to possess with intent to distribute marijuana.

A seventh defendant, Stephanie Lewis, 40, of Chicago, a supervisor in the police dispatch group of Chicago’s Office of Emergency Management and Communications and Johnson’s girlfriend, was charged with illegally accessing a law enforcement computer to further extortion and a drug conspiracy. Lewis was sentenced to 41 months in prison after being found guilty of conspiracy to commit extortion.

According to a 48-page complaint affidavit, Goods and Powell pre-sold marijuana to inmates within the Cook County Jail. In June 2013, inmates transferred funds to Stevenson and McCollum via the jail’s Inmate Trust Account system, allegedly to purchase marijuana and other contraband, which Goods, Powell and Johnson expected to be brought into the jail. After collecting the money from other inmates, McCollum and Stevenson discussed with Goods and Powell their efforts to purchase marijuana from drug dealers outside the jail.

Johnson and Lewis allegedly coordinated the delivery of contraband to Stevenson for use in the jail, and on June 21, 2013, Stevenson delivered the marijuana and other banned goods to Marek.

At the same time, McCollum and Stevenson paid Marek a $200 bribe to smuggle the contraband into the jail. Marek attempted to deliver the marijuana to Goods but was intercepted by the Federal Bureau of Investigation and the Sheriff’s Department’s Office of Professional Responsibility as he entered the jail.

After Marek failed to deliver the marijuana and contraband, Goods, Powell and Johnson allegedly worked with McCollum and Lewis to obtain Marek’s home address and information about his family to threaten Marek and convince him to bring additional contraband into the jail. Johnson contacted Lewis and, after informing her that Marek had accepted a bribe but failed to deliver the goods, asked Lewis to provide Marek’s personal information, including his home address and names of family members because Johnson and Goods planned to send their associates to Marek’s house.

In June 2013, Goods, Powell and Johnson were in the jail’s Division 9, Tier 2H, where Marek was assigned on a 90-day rotation.

Tier 2H is located on the second floor of the south tower of Division 9, which is located at 2834 W. 31st St., Chicago, and is comprised of two interconnected three-story buildings that house general population male inmates with a maximum security classification.

Goods is scheduled to be sentenced Feb. 27.

McCollum was put in the Sentencing Options to Achieve Results program,

Information on the case against Stevenson was unavailable as of press time.

Each count of the complaint carried a maximum penalty of five years in prison and a $250,000 fine.