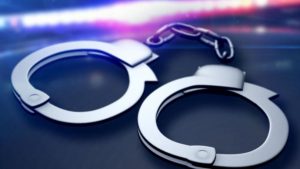 A former Rosemont resident has been indicted on federal child pornography charges for allegedly exploiting a minor to produce sexually explicit images.

The indictment was returned in 2016 in U.S. District Court in Chicago. Mendez was arrested in July in León, Guanajuato, Mexico, and recently extradited to Chicago. He made an initial court appearance in Chicago on Jan. 23 before U.S. Magistrate Judge Jeffrey Cummings. Mendez pleaded not guilty to the charges.

The indictment against Mendez alleges that on May 23, 2015 and in December 2015, he employed and used a minor to exhibit the minor’s genitalia for photos.

Federal officials said that on Feb. 20, 2016, Mendez had child pornography on his Apple iPhone 6S, leading for their call for the phone to be forfeited should the former Rosemont man be convicted on any of the charges against him.

If you believe you have been a victim of sexual exploitation, contact the National Center for Missing and Exploited Children by logging on to www.missingkids.com/home or calling 1-800-843-5678.  The service is available 24 hours a day, seven days a week.