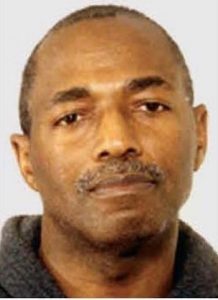 A corrupt former Chicago police sergeant who failed to show at a hearing in federal court 14 years ago was arrested in Detroit Tuesday morning.

Eddie C. Hicks, now 68, was indicted in 2001 on a series of charges related to a criminal conspiracy with several other men to rob drug dealers of cash and drugs. The gang, which posed as federal drug enforcement agents, then sold the stolen narcotics back to another dealer.

Hicks was charged under RICO act with narcotics conspiracy, extortion conspiracy, possession of and theft of government funds and possessing a firearm as part of the narcotics conspiracy. He was allowed to remain free on a $150,000 bond secured by his home. But after Hicks failed to appear at a June, 2003 court hearing, the judge revoked his bond and issued a warrant for his arrest.

Hicks has been the subject of an international manhunt since that time. Sept. 19 he was arrested by agents of the FBI’s Detroit Violent Crime Task Force. A Michigan Eastern District federal judge ordered Hicks held until he can be transferred to Chicago for a court hearing.

According to affidavits filed in his criminal case back in 2001, Hicks’ crew worked out of a room near the 2nd District Police Headquarters at 51st and Wentworth, a location they referred to as “the gym.” From there they targeted drug dealers across a wide geographic area. Besides the City of Chicago, they targeted dealers in an area including south suburban Dolton, Harvey, Alsip, Calumet City, Country Club Hills, Matteson and west suburban Maywood.

The informant told investigators that Hicks, then an on-duty Chicago police officer, had been conspiring with other Chicago cops to rob drug dealers under the ruse of being police serving a warrant signed by a Drug Enforcement Agency agent.

By December, federal authorities were recording physically surveilling Hicks’ crew and recording the confidential informant’s conversations with Hicks and others.

Hicks’ crew allegedly stole as much as $50,000 cash and kilo quantities of drugs from dealers through targeted traffic stops on dealers, and forced entries to various properties using phony search warrants.

The crew traveled to their rip-offs in unmarked Chicago police cars obtained by co-conspirator Lawrence W Knitter, who worked in the CPD motor pool.

Hicks’ crew was also paid a reported $100,000 from one drug dealer to retrieve his large stash of narcotics after he was ripped off by another robbery crew.

Hicks’ operation was confronted on at least two occasions by legitimate police officers. In one instance in the early 1990s, a marked CPD patrol car arrived at the building where Hicks’ crew was robbing a dealer.

In April 1999, Hicks, Moran, Knitter and another man were approached by Alsip police officers responding to a 911 call as they exited a drug location in Alsip. Hicks told the Alsip officers they were a DEA task force serving a search warrant. When the Alsip officers checked out Hicks’ story, a dispatcher confirmed that Hicks’ was a Chicago police sergeant, and the officers left.

However, when the Alsip PD’s Internal Affairs section initiated an internal investigation, those officers picked one of the fake DEA agents, Larry Hargrove, out of a photo array.

Hicks, Moran, Knitter and Hargrove were arrested in February 2001. Hargrove eventually chose a jury trial, and was convicted on all counts against him. Judge Wayne R. Anderson sentenced him to a total of 18 years.

In the summer of 2002, both Matthew Moran and Lawrence Knitter entered into plea deals with federal prosecutors and agreed to cooperate with investigators and testify against Hicks at trial.  Moran would later be sentenced to 94 months in prison; Knitter received a 112-month sentence.

In June 2003, Hicks jumped bail and became a fugitive. On Sept. 19, Judge R. Steven Whalen ordered the U.S. Marshals Service to return Hicks from Michigan to the Northern District of Illinois.