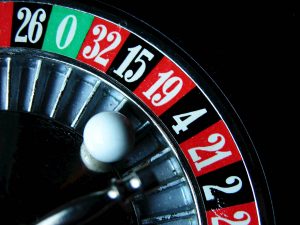 SPRINGFIELD — The Illinois Gaming Board said Sept. 16 that state lawmakers need to change a law they enacted earlier this year if they ever hope to see a casino developed in the city of Chicago.

That vote came in response to a feasibility study released in August that said such a casino would not be feasible given the “onerous tax and fee structure” that lawmakers imposed.

Before lawmakers passed a massive gambling expansion bill this year, Illinois allowed up to only 10 “riverboat” casinos. Those casinos pay taxes to the state ranging from 15 percent to 50 percent of their “adjusted gross receipts.”

Under the gambling expansion bill enacted this year, lawmakers authorized six more land-based casinos, including one in Chicago. However, according to the bill, in addition to the taxes and fees that all casinos pay, the Chicago casino would be required to pay an additional 33.3 percent “privilege tax.”

That would bring the effective tax rate on a Chicago casino to roughly 72 percent, the report stated.

“To the extent a casino operator could pare down expenses and realize modest revenue and profits from non-gaming amenities … total enterprise profit margin would, in a best-case scenario, likely equate to a few pennies on the dollar — and that would require the casino to be developed without incurring any debt as we believe no traditional financing would be available for such a development as debt servicing would likely well exceed any modest profits generated,” the report stated.

The report was written by the consulting firm Union Gaming Analytics and it was delivered to the Gaming Board Aug. 12. The board then forwarded copies to Gov. J.B. Pritzker and legislative leaders.

The consultants also said a Chicago casino would have the potential to be the highest-grossing casino in the state, generating receipts far in excess of the current top casino, Rivers Casino in Des Plaines.

“This study provides valuable insights that will help make sure a Chicago casino works right for both the city and state,” Pritzker’s spokeswoman, Emily Bittner, said in a statement at the time. “We look forward to working with stakeholders, including the mayor and General Assembly, to refine this approach and ensure that we maximize the opportunities for jobs for residents and revenue to address our financial obligations.”

Lawmakers could revisit the issue of a Chicago casino when they reconvene for the fall veto session Oct. 28.