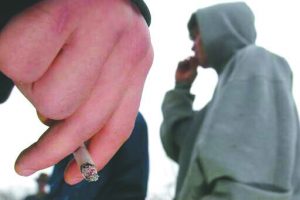 Teens are no longer allowed to purchase tobacco products in Illinois. Earlier this month, Illinois became the 11th state to increase its minimum age for tobacco purchases to 21. (Medicalexpress.com photo)

With the age to purchase tobacco products in Illinois now at 21, respiratory health leaders now have a new target: e-cigarettes.

“That is the next frontier in preventing youths from becoming addicted to nicotine,” said Joel Africk, president and CEO of the Respiratory Health Association, a Chicago-based organization that addresses asthma, chronic obstructive pulmonary disease, lung cancer, tobacco control and air quality. “We are trying on a number of fronts. We want youths to understand the dangers of e-cigarettes. We want legislators to understand the dangers of e-cigarettes.
“We want to tighten up the laws on how e-cigarettes are sold in Illinois; and we continue to send out the message to the public that e-cigarettes just do not emit harmless water vapor.”

Africk said the nicotine used in e-cigarettes is the same nicotine that gets youths addicted to cigarettes. He said e-cigarettes are not a cigarette-reduction step on the way to quitting as some people have tried to portray them.

“You have to continue or start the process of withdrawal,” Africk said of smoking cessation.

The Respiratory Health CEO said he is “very troubled” by the increase in use of e-cigarettes by young people in recent years. 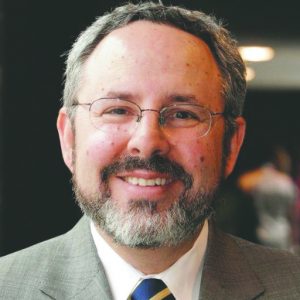 “We never gave up hope,” he said. “This happens a lot. We experienced it with the smoke-free laws 10 years ago, but with something that make so much sense eventually public health is going to prevail.”

Africk said that with early support from lawmakers on both sides of the aisle, he was confident that the measure would eventually clear both legislative chambers and get the governor’s signature. He said plenty of lawmakers wanted to know more about the legislation and some wanted to wait until there was a bigger base of support before joining in the effort.

“In the end, it passed by a comfortable margin,” Africk said.

Last year, both legislative chambers passed legislation to increase the age for tobacco purchases to 21, but the measure was vetoed by then-Gov. Bruce Rauner. An override of the veto passed the state Senate, but failed in the state House.

Africk said a number of factors went into getting legislative support for the Tobacco 21 push.

“Certainly, smoking rates have been dropping; and unlike 10 years ago, when there were predictions of doom and gloom from the restaurant industry (about going smoke-free), that never materialized this time around,” Africk said. “Lawmakers were asked to pass a bill that would reduce youth smoking, improve the health of people in the state, save $500,000 in public health expenses a year and not cost the state a penny.”

While upping the minimum purchase age for tobacco by three years may not seem like a lot, Africk said it would definitely have an impact.

“We know that 95 percent of all smokers start before the age of 21,” he said. “It is very rare for someone 21 or older to wake up one day and think ‘I’m going to start smoking.’ We need to do whatever we can to keep people under 21 from smoking.

“Fewer youth smokers mean fewer adult smokers. We are not talking about a small number of people. The first community in Illinois to pass Tobacco 21, Evanston, found youth smoking dropped 30 percent after the law passed.”

He said with all youths now staying non-smokers, it will be more rare for adults to pick up smoking and that can have a big impact on adult smoking rates.

“With the youth e-cigarette epidemic and the rise of easily concealable, and fruit- and candy-flavored tobacco products, Tobacco 21 is important now more than ever,” Brown said. “This law protects children, reduces smoking rates, saves on health care costs and saves lives. The Lung Association will continue our work in fighting for this law across the nation.”

Regarding the new fad, e-cigarettes, Africk said there is much more Illinois can do to address the issue. He noted that San Francisco recently enacted a law prohibiting the sale of e-cigarettes.

“There are a whole variety of things that can be done,” Africk said. “I hope we can stop the increase in e-cigarettes.”