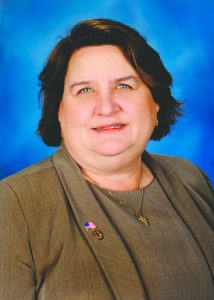 SPRINGFIELD — A judge has said Westlake Hospital in Melrose Park must stay open for the near future.

A state lawmaker is continuing her push to keep the facility in the western suburb of Chicago open for the long term.

Moshe found that Pipeline violated a restraining order from last week that said the hospital must continue services.

“I’m thrilled with the development,” said Rep. Kathleen Willis, a Democrat from Addison.

Willis is sponsoring legislation that would change the process that hospitals must go through to shut down, transfer owners, or cancel certain services.

She said House Bill 123, which passed last week on a 69-35 vote, is primarily to keep Westlake open, but faces multiple critiques from the state’s main hospital association and health facilities review board.

Prime among them is a provision that would let Gov. J.B. Pritzker reverse any ruling of the Illinois Health Services and Facilities Review Board – the same board holding an April 30 hearing to rule on Pipeline Health’s application to close Westlake.

“One of the requests has been to pull the governor out of it, and I’m open to doing that,” Willis said.

In House debate last week, opponents of Willis’ bill called the provision dangerous, saying it gives the governor too much authority.

They added that Illinois law should not be changed to accommodate one specific situation.

But Willis said other provisions of her legislation are meant to slow down and provide more transparency to the process by which hospitals change owners or cancel services.

“It’s perfectly OK to do some transformation, but it must be done with the general needs of the community at heart,” Willis said.

Using Westlake as an example, she said, “Maybe we don’t need a 250-bed hospital in Melrose Park, but we probably need a 100-bed hospital there.”

Willis added that she must continue pushing her legislation and working with stakeholders because, while recent news about Westlake Hospital is welcome, it is only a temporary solution.

Willis’ bill is now in the Senate, which is on break until May 1. So there will be not vote on the bill before the state health facilities board is scheduled to rule on Westlake.

Yet, because the Village of Melrose Park has pending litigation against the owners of Westlake, Willis said she’s confident the board’s hearing will be pushed back.

“Historically, the board has deferred decisions until litigation is done,” she said.

House Bill 123 would require the board to wait until any legal proceedings are completed.

Willis said she will be working with the Illinois Health and Hospital Association over the next week to amend the bill for consideration in the Senate.

IHHA spokesman Danny Chun said besides the group’s concerns that it has already voiced about the bill, it does not have any comment on the developments at Westlake Hospital.