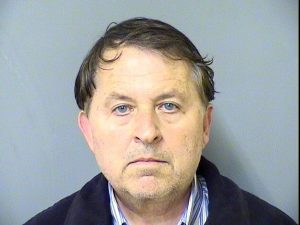 The judge who has overseen two separate sexual abuse cases against River Forest foster parent Robert Gaskill over the past three years has announced he will recuse himself should the second case go to trial.

Gaskill, 69, was arrested by River Forest police in February 2012 after two young women who had been foster children in his home filed complaints that Gaskill had sexually abused them. Last February Cook County Circuit Court Judge Geary Kull issued a directed verdict acquitting Gaskill of all charges in a 16-count criminal indictment. Gaskill remains free on $100,000 bond in a second, 25-count indictment alleging the sexual abuse of a second girl.

Following the verdict, Kull expressed concerns about his ability to be a “fair” truer of fact if Gaskill’s second case went to trial.

“I should say this: I am considering recusing myself in the charge that remains,” Kull said on Feb. 28, according to officials court transcripts. “You can argue if you want, but I don’t know that there’s an argument to be had. I pretty much made that decision anyway.

“So that we’re all clear, I expect (on the next court date) to recuse myself on that date and transfer it to another judge. You can argue it before I do that, but … .” Kull went on to say, not finishing his thought.

Asked by defense attorney Ellen Domph if he was going to offer a reason for recusal, Kull was unclear, but expressed concern that he would be unable to be “fair” in the absence of something he did not mention.

“Well, simplistically, I don’t think that I can judge the next case fairly without — based on — without — I just don’t think I can be fair on the next case,” he replied. “So that’s my reason. And I’m sure you want somebody fair.”

However, Kull, who has been a judge since 2009, backed away from recusing himself at the April 12 hearing, saying he’d decided to wait to see if the case actually went to trial.

“Rather, than do it on this date, I am going to continue it until the 8th of May to see what the actual trial posture is of all the parties. And if it becomes — if it continues to be necessary to try the matter — I will then recuse myself.”

Kull has remained on the case, and held two additional status hearings since then. The next hearing is scheduled for Aug. 21.

In issuing his verdict in February, Kull noted that the prosecution called only one witness in the case, the alleged victim, with no testimony from police investigators.

Domph has aggressively attacked the credibility of not only the victim, but also the lead investigator, then-Detective Sgt. Martin Grill. In a June, 2015 motion, Domph said his testimony was “nothing more than a restatement of an inadmissible police report,” and that he was merely repeating what was in the report, with “no actual recollections” of the interview.

Domph also pointed out that while police say Gaskill allegedly confessed to the women’s allegations, no written confession exists, and that the audio was not turned on during his interrogation.

Perhaps most damaging was the fact that Grill had received departmental discipline for removing material from another arrest report he supervised, behavior that Domph said “cut to the heart” of his credibility.

In a motion filed with the court, prosecutors asked Kull to exclude “all references to alleged external incidents of misconduct or criminal acts” by anyone on the River Forest department, as well as any media coverage of the issue, calling it “irrelevant” to the case.

Domph, though, argued that any testimony should receive “heightened judicial scrutiny,” calling it “inherently untrustworthy and unreliable.”