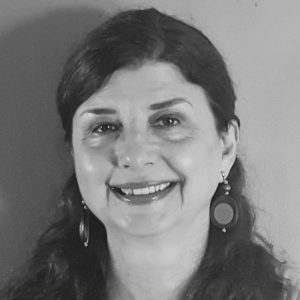 Many of us have grown old as the memory of the magnificent first journey to the moon gets smaller and smaller in our rearview mirrors.

But what did we see, 50 years ago, when looking forward?

“I thought it was just the beginning of space exploration,” said Chicago poet Cynthia Gallaher, who was 16 when Neil Armstrong set foot on the moon on July 20, 1969. “We’d soon go to Mars, Saturn, planet-hopping until we reached the end of the solar system, and then go on from there.”

In 1969, “I probably would have been astounded to receive the information that in the future we would have left a couple of flags there, brought back some rubble, but really haven’t done anything since,” said John Blegen, 77, one of the smarter people in Kansas City, Missouri. He’s a retired public library director and a sought-after clarinet player.

Like Blegen, Sandra Pesmen, a semi-retired journalist and public relations person of Northbrook, respects NASA’s post-1969 efforts — through the International Space Station, the Mars Rover, unmanned space probes and the Hubble Telescope — to get an idea of just how big, and hopeful of sentient nonhuman life, the universe is.

But she, too, has been left wanting of her core expectations. 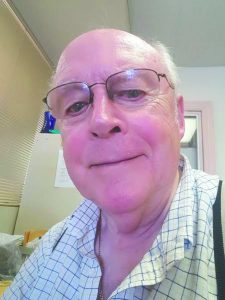 “We developed the notion that some day we would all be able to go up there, go shopping on the moon, and come back, the way we now travel (to less exotic locales) in airplanes.”

At 88, she has lived long enough to be immune to presidential promises to make up for lost time. “It’s bull,” she said. “They’re never going to do anything in this administration.”

If she’s wrong, and some fantastic other-worldly exploration is indeed in America’s future, she will probably not live to see it. In the intervening time since Apollo 11, American life expectancy has receded as compared to most other developed nations.

It’s not just space exploration that has disappointed us since 1969.

Sam Harris, 84, one of the founders of the Illinois Holocaust Museum and Education Center, was an admirer of the genius and courage behind the Apollo program. He was moved by the “Blue Marble” photo of the earth taken by an Apollo astronaut. But that was a long time ago.

“If some alien being was circling around the Earth, he would wonder what we were doing to each other.

“We have this precious thing, and we are ruining it,” he said.

“I hear them talking about planning for another moon landing, a Mars landing,” Blegen said. “The money could go in a lot better directions, such as solving problems for our grandchildren:  Climate change, dealing with poverty, education, all these things.”

But in the last half-century, have we as a nation actually committed to solving such earthly issues, after giving up our roles as moon men? 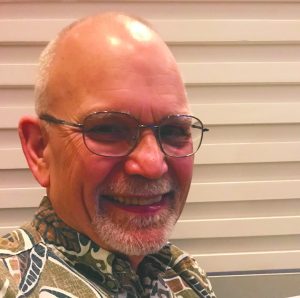 Maybe not, Blegen said. “I listened to a (June 25) podcast of Al Franken’s with the climatologist Michael Mann. They both agreed the question was not ‘Are we (screwed)?’ The question was, ‘How screwed are we?’”

The long quietude of American manned space exploration may not just be about a lack of money or imagination, Gallaher said.

“It’s awfully suspicious that they just kind of toned down the whole space program,” she said. Also suspicious, she said, was the termination of Project Blue Book, the U.S. Unidentified Flying Object study program, a few months after the Apollo 11 astronauts returned from the moon.

“Why did it stop? Was it budget?” asked Sam Maranto, who has headed the Illinois division of MUFON (Mutual UFO Network) for about 10 years. “It’s a little more than that.”

He suspects that technology found in space exploration by the U.S., or space alien exploration of the U.S., may have led to backing off of manned flights.

“Maybe they made major advances,” he said. “Speculation runs amok.”

Did stealth technology originate off the planet, a meteoric gift or a part of some kind of extra-terrestrial heavenly deal, he wonders?

“I’m talking to you on a smart phone, which is so far outside the scope of anything that was imagined,” Maranto, 64, added.

Ed Folta, one of the world’s top two-way radio experts, might be tempted to also suggest wireless phones originated off-planet, because their quick growth probably cost him millions in sales. 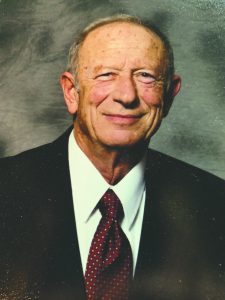 But he’s pretty sure their origins are earthly. Nikola Tesla predicted them in 1893. Folta sees the space program as having helped create technology through necessary innovation, rather than otherworldly intervention.

“Getting there is half the fun, new products are involved, discoveries made,” he said. Without NASA, “we wouldn’t have satellite communications, satellite GPS, the Hubble Telescope.”

Folta has been a NASA fan since before there was NASA. His ring tone is “Symphonic Poem” by Franz Liszt, used to open the old Flash Gordon space TV series.

He speaks colorfully about space exploration.

“I’m 74, so maybe it would be neater to see something go further,” he said. “I’m sure there are places in the universe that are habitable, but it would take 1,000 years to get there.”

Maybe not that long, but don’t hold your breath until Flash Gordon is a real thing. Space travel has become commercial, relatively uninteresting, and is no longer a source of national pride.

“Now you got people like Space X, doing their own facilities, their own feats of strength,” Folta said. “The Russians are offering rides into space.” 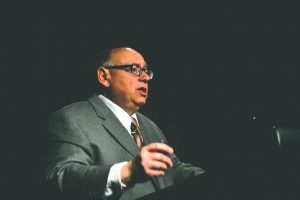 The U.S. in general has more space travel competitors, but they’re not getting farther out into the universe.

Cost was probably not the true reason for losing interest in moon landings. Each moon shot averaged $2.24 billion in 2018 dollars. If the U.S. had nothing else to spend money on, it could fly to the moon and back six times every weekday.

But six trips were a lot, even in three years. People got moon fatigue in the 1970s. And NASA started having real trouble getting approval of budgets that contained anything but shuttle trips to the space station or to drop off satellites — preferably both.

Now even the shuttles are grounded. If human beings are to meet alien beings, they are likely to have to do so as hosts. Recent military encounters with super-speedy UFOs gave Pesmen hope. 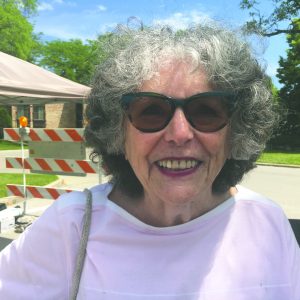 “Just recently, Navy pilots saw these interesting things,” Pesmen said. “Maybe somebody is coming from one of the millions of planets, and we might find what else is activated with life.”

The great age of human exploration appears to be over, but some people think there’s still a chance.

“I think we will eventually end up someplace,” Harris said. “Unless we destroy each other.”