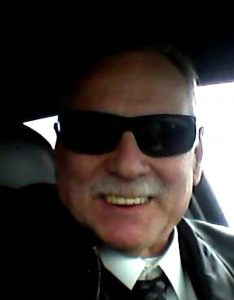 Thomas “Hawk” Greer, my friend of over 40 years, died last week. Covid-19 did not kill him. A vicious circle did.

Like a lot of people, Hawk was chewed up by a system that got as much as possible out of him before giving anything back. The fact that he was able to persevere, and grow as a human being, is as impressive as the sight of a flower cracking its way through a concrete sidewalk.

When I met Hawk, he was an ex-machinist, ex-strip joint manager and ex-bowling alley mechanic who had just started driving a cab, as had I. He was tall and skinny and hard-drinking.

I found over the years that Hawk played excellent gin rummy, bowled like a pro, pitched quality 16-inch softball, shot good pool and told good jokes. He dispatched cabs with flair and good humor. He fell in love like a falling rock — either all at once, or like a stone rolling faster and faster down a steep hill.

But he didn’t know anything different.

At the age of about 20, “I went to a party at the apartment of this guy I’d never met,” he said a few days before he died. “It had a balcony — not a porch, an actual balcony — and white shag carpeting all over. It was beautiful.

“I had no idea there were people who lived like that.”

When I heard that, I thought of my own youth, and meeting black high school kids on the South and West sides who had never been downtown.

I didn’t say what I was thinking, but he seemed to know. He remarked that the America he grew up in wasn’t for black men, and it wasn’t for poor white men, either.

“Vietnam, that was a black man’s war,” he said, adding that if it weren’t for a deaf ear, he’d have gone, too, because poor, uneducated white guys like him couldn’t expect desk jobs or sketchy deferments to save them from combat.

He told a half-dozen stories about black men being chased, beaten or murdered in the 1970s just for being in the wrong place, with the wrong — white — people. They included the fill-in bartender who fled a Belmont Avenue pizzeria after some folks simply decided he shouldn’t be working there.

“These guys went in there with their hands on their hips, to show they were armed, and told him, ‘Get out of here. If we ever see you again we’re going to shoot you.’”

Another time, Hawk and two other bowling alley employees were beset by West Virginia-born Uptown men. They saw a white guy, a white woman and a black man — all celebrating the woman’s last day at work — leave a tavern together. That, apparently, couldn’t be abided.

They ran, and managed to escape with their lives.

For all the mayhem in all the incidents, he never heard of anyone being arrested. There was a status quo in places like Uptown, and the authorities preserved the status quo, he said.

He also told a story about a fellow whose very violent family owned a couple of Uptown businesses. He was furious that a Mexican employee had grabbed his sister’s butt several times.

“Charles was about 30 years old, sitting in a restaurant on the corner of Wilson and Sheridan, and he says, ‘That’s him there,’ waiting for the bus,” Hawk said.

“Charles walks out of the restaurant, pulled a gun out and shot him in the head, and went back in and sat down.

“The police arrested him. It was about noon on a weekday. There were a million witnesses. An hour and a half later, I see him walking down Wilson Avenue. I never heard about it again.”

Hawk used to work for a guy named Joe Sagami. Sagami was a World War II hero who came back to the U.S. to find that his Japanese-American parents, evicted from their farm by his own government, would not be going back there. He signed up to fight in Korea anyway.

“Joe was a true-blue American hero,” Hawk said. “He had more guts than anybody.”

Sagami ran the old Bowlium at Montrose and Sheridan, as well as the Club 50 strip joint. Sagami hated the status quo.

Compelled to pay off herds of cops to stay in business, he publicly announced he was claiming them as dependents, Hawk remembered. The newspapers had some fun with that.

He fell behind in his “nut” to the boss. That seemed to start when he kept company for a few years with a lovely and interesting young lady with a spectacular drinking and substance abuse problem, who would occasionally disappear when she was supposed to be taking care of her little boy.

Somebody had to rescue the kid — who was adorable — and fight to keep him from being taken away from her. Eventually there came a day when Hawk failed to anticipate her movements.

Hawk got so far behind on his nut that when fumes started leaking into his cab, he delayed bringing it in to get fixed by the mechanic who owned the car. He was afraid the owner would take it away. I suspect that caused at least one of the cancers, colon and liver, that eventually killed him.

Hawk lived to be 71, which is actually pretty old for the cadre of cabdrivers I knew in the 1980s. Two of them died of lung cancer despite being nonsmokers.

After Hawk had enough of the cab business, he put a down-payment on a new Lincoln and started driving for Carey, the limousine company that carries some of the wealthiest people in the world. For the first time in his life, he started talking daily to people who could afford shag carpeting, even though they probably didn’t like it.

Captains of industry. Lions of government. Giants of sport. Geniuses of art, music and theater.

Money and privilege had made most of these people calm. That had an effect on him. “I had been a negative person,” he said. “I became a lot more positive, easier to live with.”

Part of the change came, I’m convinced, because he himself finally escaped his own hand-to-mouth existence.

Hawk had always been smart, but his new grade of passengers made him smarter. They had stories to tell him that included information that barely anybody on Earth was privy to. At times, that made him a little helpful to me in my own post-cab driving job. He had pledged never to tell who said what, but he did clear up a few things.

When Hawk was in his last days, he told me a lot of stories. It was the only way I could get him to ignore the pain. I knew most of the stories, and for some, I had been present.

I remembered the story about the dog.

He had taken care of a purebred dog for a friend of a friend, who had moved to an apartment that wouldn’t permit the animal. Many months went by. There was no contact at all. Hawk and his girlfriend and her toddler became attached to the animal. “I loved that dog,” Hawk remembered.

Finally, the dog owner’s friend came by and said that the fellow had moved to a place that accepted pets, and his kid really missed the dog, and he wanted him back. Hawk said he wouldn’t return the dog unless the owner himself asked for it.

He did. “I came for the dog,” he said, and not much more. Everybody started crying, but the dog belonged to him, and his kid was so unhappy, after all.

If the kid was really that sad, he stayed sad.

“He sold the dog the next day,” Hawk said. “The very next day. That kid never saw it.”

That incident is almost emblematic of what Hawk learned to believe about the world. Many people who have power over other people lie about what they are up to, whether they’re sitting in the back seat of a leaky old cab or the world’s most expensive limousine.

It didn’t matter to most cab business leaders that their drivers didn’t live to be grandfathers. Men of power, whether cops in Uptown or billionaires on Wall Street, did what they needed to do to satisfy themselves and their associates. No one who didn’t fit into that equation seemed to be important.

But Hawk got along with almost everyone anyway.

“I’m a people person,” he said. “I always liked people, all kinds of people. You can find good in almost everybody.”

He checked himself into hospice March 15. “I don’t feel bad for myself. I feel bad for all the people who care about me,” he said.

He had two regrets.

“I won’t see Trump croak and I won’t see the White Sox win,” he said.