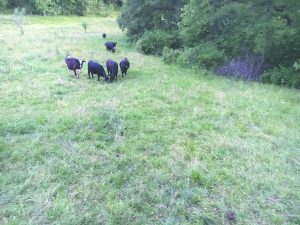 In cities and farms, Illinoisans faced the reality of their situations in this young year. (Irv Leavitt photo)

One of the most impressive moments of mass reality-facing came with the Feb. 26 Chicago mayoralty, when despite the pull of nostalgia, and the endorsement of an increasingly less relevant major metropolitan newspaper, white voters did not line up behind Bill Daley.

Those who did, if they had been more numerous, would have been seriously challenging Albert Einstein’s definition of insanity: Doing the same thing over and over and expecting different results.

Instead, white voters were keys to sending two black women to the April 2 runoff, which is refreshing just because we’re pretty much assured of seeing, for once, a Chicago mayor’s race that’s not about race. And Chicagoans will elect a woman without having to deal with side issues about gender, either.

A Tinley Park state representative has asked his fellow legislators to face what should have been some pretty obvious gun control issues. The Feb. 15 slaughter of Aurora factory workers by a man whose Firearms Owner Identification Card had been revoked has led Michael Hastings to propose a bill that would require cops to take guns away from people like that

It apparently takes the death of five people for us to face the fact that men who are so dangerous that they are not allowed to carry guns should actually have their guns taken away from them.

Hastings’ bill would also bar from gun ownership those with outstanding felony warrants anywhere in the United States, people who are subject to an order of protection, dishonorably discharged from the military or fugitives from justice.

I bet you thought that was already a law, didn’t you?

Illinois farmers seem to be facing reality, too. They’re rattling the cages of their Congress-creatures to beg the President to settle the tariff situation with Canada and Mexico, so that the “NAFTA 2.0” agreement can be signed, and farmers go back to enjoying reasonably normal trade with those countries.

Agriculture Secretary Sonny Perdue has told farmers that unlike last year, they’re not going to get any of the Market Facilitation Program payments to offset tariff-starved crop sales in 2019. Perdue says the farmers shouldn’t be surprised at not being able to sell crops this year, so they should plan accordingly, and not expect any handouts. So the farmers are worrying local leaders about trying to get an extension of the MFP payments, as they’re getting increasingly anxious about the trade war with China, too.

Illinois corn and bean farmers have plenty of Trump-friendly politicians to lobby, because most of their Republican House reps held on against the state’s blue wave last November. We’ll see soon if farmers’ decisions not to face reality until after the mid-terms worked out for them.

Another group of recent situational realists are fans and associates of the stranger-than-fiction Chicago rhythm-and-blues singer R. Kelly. They somehow managed to ignore for years the obvious signs of his deep and abiding criminality until January, when Lifetime spelled them out in a horrifying six-hour documentary. A couple of weeks of people apologizing for consistently supporting him are over now, and everybody seems to have commenced ripping him as if they were never on the wrong side of history.

Chicago Bears fans got smacked in the face with reality twice. In January, when their cut-rate kicker doinked the upright, they had to assume that the front office’s latest cheapness, when it comes to certain on-field positions, helped give their team a one-and-done playoff. In March, the truth became even more apparent when the Bears hired two new kickers. They may hire another, but neither of these two have ever actually played in the NFL.

One of them, famously, is named Blewitt.

For most fans, that was all they needed to know. This is not a front office that cares what they think. 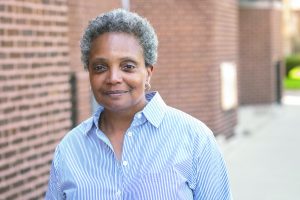 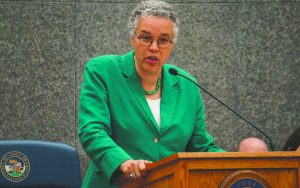 The similarly always-bargain-hunting White Sox managed to lead the league of Manny Machado suitors through the long, gold-plated pursuit of the free agent infielder this year, only to lose him in the end to the Padres. San Diego was willing to guarantee money through the end of a long contract. The White Sox weren’t.

The fans of the team, many of whom had previously been willing to give owner Jerry Reinsdorf the benefit of the doubt, have been burning up the Internet ever since.

The Cubs have their own problems. The Ricketts family that owns the team has a long list of yucky activities of recent years. They include racist emails from Joe, who bankrolled the purchase of the team; the 2020 deal with Sinclair Broadcasting, one of the nation’s top purveyors of imaginary news, and the family’s support of Donald Trump’s 2016 and 2020 campaigns, not particularly fashionable on Chicago’s North Side.  And then there are the team’s cuddlesome relationships with three hard-to-admire athletes, Aroldis Chapman, Addison Russell and Daniel Murphy.

Some Cubs fans are now expressing discomfort with their allegiances, but don’t expect a noticeable shortening of the lines waiting for Jim Beam slushies at the Draft Kings Fantasy Sports Zone.

Even in a year of unusually low self-deception, there are lots of people in the state who have failed to accept the obvious in some key situations. Among those are the residents of Chicago’s 14th Ward. They voted Ald. Ed Burke in again despite some compelling indications that he doesn’t deserve to be there. That means, if prosecutors fail to make his corruption charges stick, he’s still in business.

Don’t think that can’t happen. Check out the deal former U.S. Rep. Aaron Schock of Peoria just got. All 22 felony charges will be dropped, yet he has to pay $110,000 to campaign committees and the IRS. That doesn’t happen unless somebody screws up, and a sharp defense attorney is on the case, so Burke can harbor hope. I hear he knows some talented lawyers.

After all, in Chicago courtrooms, anything can happen. In January, former Chicago Police Officer Jason Van Dyke was sentenced to less than seven years for one of the city’s most notorious murders of recent times. Justice is unusually meted out in Illinois.

In February, Chicago’s big off-Broadway drama was the Jussie Smollett case, in which, as time went on, it became more likely that the actor had staged the disturbing attack on his person by two gay-hating Trump fans. As the controversy blazed, some people who are especially concerned about homophobic abuse asked each other versions of this puzzle:

“At this point, what would you rather be the truth? That he was really attacked, which would be disturbing, but would throw light on the problem? Or that it didn’t happen, so that’s good, but it might forever cast doubt on anyone who reports a hate crime?”

Too bad they couldn’t really choose. In real life, we have to face reality.