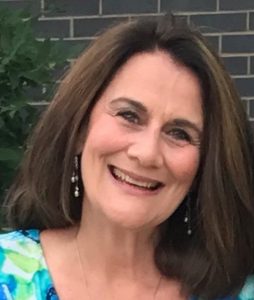 Forty-eight years ago this month, the USS Sterett became the first U.S. Navy warship to fight off an enemy air attack since World War II.

Hundreds of sailors and officers who had spent many weeks cooped up in the destroyer comported themselves with distinction, shooting down two Vietnam People’s Air Force MiGs and sinking two attacking patrol boats.

That sounds like an example to us all: though we’re constantly with our families, and increasingly under stress with the prospect of death all around, we, too, can get along with each other long enough to outlast COVID-19 and emerge as strong, successful family units.

But not necessarily. This is not the Navy and we’re not sailors.

“The military has a way of getting you comfortable with things you don’t want to do,” said Ted Ondrak, who served aboard the Sterett. “As soon as you arrive in boot camp, they start yelling at you, all kinds of names. Then they put you in a big room, and you’re stripped naked, and they give you a fresh set of clothes that look like everybody else’s.

“Then they … shave your head bald, and all of a sudden, everybody looks the same, except for the color of your skin. They break you down, and 12 or 14 weeks later, you’re ready to do what they want you to do.”

There were few fights aboard ship, he said, because the seamen were wary of officers bringing them before the Captain’s Mast, where punishment was meted out. On leave, there was the Shore Patrol.

In our towns and cities, there are no drill instructors to school us on how to conform at home. And there is really nothing like the Shore Patrol to round us up if we don’t. 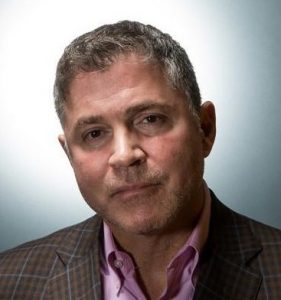 This is becoming evident all over America. For instance, foster homes are typically checked monthly by authorities to make sure that kids aren’t being abused. Even with such oversight, it happens to more than one in four foster children, who now number well over 400,000.

In many places, the checks will now be done over the phone, said Jay Paul Deratany, a Chicago lawyer specializing in foster cases. That’s not so great, because fearful kids can more easily hide the truth about their foster parents on the phone than they can in person, he said.

One of the other ways that we find out that abuse is going on is when the kids go to school, where employees are usually required by law to report what they see. But the kids aren’t going to school.

Now, “no teachers, no counselors, no nurses, no coaches, nobody,” Deratany said.

With trillions of dollars going to economic stimulus, Deratany said, it would be nice to see a little spent on foster-family counseling, doubling technologically based foster checks, and maybe phones for the older kids so they can call dedicated numbers about trouble when it happens. 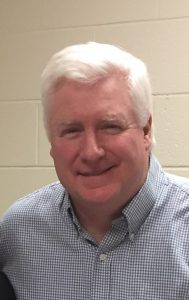 John Fay is a retired deputy chief of the Glencoe Public Safety Department, a joint fire/police agency. He is a long-time instructor for Northwestern University’s Center for Public Safety, and a Chicago Transit Authority specialist in safety and training for workforce development. He has served as a deacon of Winnetka’s Sacred Heart Catholic Church and Chicago’s St. Matthias Parish.

The stimulus bill will pay about $1,200 to taxpayers to help them get through this period when many will be unemployed for the duration of the emergency, plus. Washington can be credited with a good sense of humor, since the average rent for just one month in Chicago is now $1,948. It’s $1,474 in Naperville and $2,879 in Highland Park.

“Anxiety over money can certainly unleash tension and violence,” said John Fay, retired deputy chief of the Glencoe Public Safety Department and an instructor at Northwestern University’s Center for Public Safety. “And many people are hand-to-mouth.”

Some local jurisdictions are spending a little to try to protect people during this time of stress.

“At yesterday’s Village Board meeting, we voted to add time for the police department social workers,” said Kathryn Ciesla, a Northbrook trustee. “We had one full-time and two part-time, and now the two part-timers will move up to full-time.”

There will soon be a lot for them to do, if what’s going on in France is any indication. The interior minister there reported March 28 that in the 11 days after that country was locked down, domestic battery went up over 30 percent.

One of the things the Northbrook social workers might do for domestic abuse victims who have orders of protection is advise them to be more willing to press charges. They’re more likely to stick than one might think.

“The level of evidence to prove battery is (beyond a) reasonable doubt, while to prove contempt of court, it’s preponderance of evidence.”

Scott said that domestic violence is not about anger or irritation, but power. That power seems to even up a little when the person who has taken the brunt of the situation knows a lot about her rights, and has places to turn, either physically or technologically. 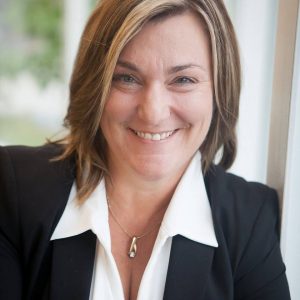 Kathryn Ciesla is a 23-year divorce attorney and Northbrook’s senior village trustee, and has been appointed an Illinois Guardian Ad Litem investigator in child custody cases.

And abusers often get worried about power when they’re competing for space with the people they tend to abuse.

“You can increase violence in a colony of rats if you decrease their living space,” he said. “Unrelenting proximity.”

For anyone cooped up in the same home as family members, it’s good for everybody to have a little extra space of their own, said Bonnie Gamze, a social worker for Chicago’s Bernard Zell Anshe Emet Day School.

“Part of what exacerbates anxiety is not having control,” she said.

“Desks can be turned in a different way to make artificial boundaries,” she said. “A bathroom, for two or more people — you can decide how to negotiate the space. Do you need to get outside on a more regular basis?”

Headphones, she said, can help keep the peace between music-listeners and quiet-seekers.

But the most troubling moments are probably rooted in speech. Fay said that dwelling on negatives is rough on anybody.

“In talking to each other, find safe harbors, like concerns about the kids, which you can both freely exchange, and will not come back and bite,” he said. 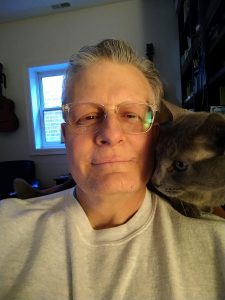 Scott Elliott is a retired Cook County probation officer and caseworker of the Domestic Violence Unit of the Social Service Department of the Cook County Circuit Court. He’s a deacon at Deerfield’s St. Gregory’s Episcopal Church. The cat’s name is Toby.

“You’re not avoiding the elephant in the room, just focusing on other things.”

Ciesla, a Northfield-based divorce lawyer, said there will be times, especially in rocky marriages, when talking seems impossible. “Build a support team,” she said. “You have a therapist, someone to talk to because you can’t talk to your spouse.” Therapists have largely transitioned to the new order seamlessly, through phones or technology like Zoom.

A key in peaceful coexistence at home may be the same one that has transformed modern business: collaboration.

“How can we collaboratively come together to problem-solve, to create solutions?” Gamze asked. “We need to really address what the behaviors are, to promote change while respecting everybody’s viewpoint.”

But kids, even homebound collegiates, can’t take over, she said.

“I’m sorry, but I pay the mortgage. I love you and you’re welcome in my house,” she said.

“I think we’ve got to rely on the fact that we’ve been on this earth longer than our kids, and we can see farther down the road,” Glencoe’s Fay said.

As for filling the hours, “I believe in boredom,” Gamze said. “From boredom comes creativity.”

“We’re so programmed, and now they have all the time in the world.”

She added, however, that “schedules are really helpful, and they provide control” to family members who crave it in a situation where control is hard to find. Fay said that routines, like awakening at certain times, gives form to daily life, and helps people feel normal. 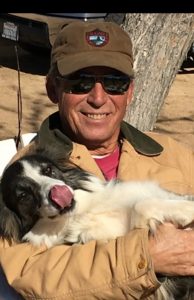 For many teenagers, time seems a huge factor. Opportunities will be lost, and deadlines missed.

“ACTs, SATs, they don’t know where they’re going to college, summer jobs, summer camp, even going back to school: First it’s April 20, now it’s May 3, who knows after that?” said Gamze.

But the disturbances can be, she said, an opportunity.

“I’m the child of a Holocaust survivor, and if there’s one thing I ever gained from my parents, who were also children of the Depression, is ‘How do we make something from nothing?’

“We’re living in an age where instant gratification has been the rule, and now, that ain’t going to happen,” she said.

“Sometimes thinking too much about the future is problematic. What’s more important is here and now.”