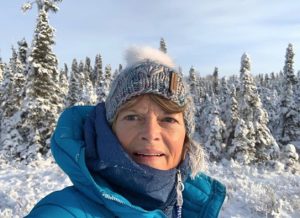 U.S. Sen. Lisa Murkowski, R-Alaska, said what President Trump did was “shameful and wrong” and degraded the office, but she acquitted him anyway. (Murkowski photo)

Jerry bounded into the coffee shop after seeing my car outside.

I looked up. I went back to my lunch.

“It’s low-class to not respond to an invitation.”

I looked up again.

“You burglarized my house,” I said.

He appeared offended. “No, I didn’t,” he insisted.

“Remember that room with the steel bars in the front? You recall why you had to go there?”

He shook his head. “What do you expect? You left your door unlocked. And you weren’t missing much. It’s been five years. That was a long time ago.”

“Not long enough,” I said. I wondered idly how long it would take to kill a man with a fork.

“Forget the past,” he said. “My wedding’s going to be a great party. You might as well come. You’ll have a blast.”

This moment in my long-ago life leapt to mind after listening to Sen. Lamar Alexander, R-Tenn., explain why he was voting to acquit President Trump, even though he had decided the president was guilty.

What Trump had done, he said, wasn’t that bad.

Just like Jerry hadn’t stolen all that much, so the burglary shouldn’t be a big deal.

And just like Jerry told me to forgive and forget, Alexander said Trump should concentrate on telling the public what a great job he’s doing at the State of the Union, and not mention impeachment. He didn’t. 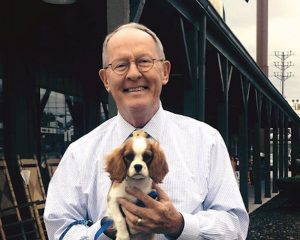 Alexander’s fellow GOP congresscreatures madly applauded that speech, which was largely a work of fiction. The Washington Post counted 31 big lies. Anybody objectively informed probably didn’t have any more fun than the saps who went to Jerry’s wedding.

Alexander agreed, on “Meet the Press,” that the framers of the Constitution wrote Article 1 the way they did because they were worried about foreign interference. And he worried, too.

But he wasn’t worried very much.

“Well, if you hooked up with Ukraine to wage war on the United States,” he said, “you could be expelled. But this wasn’t that.”

And just like I should forget my burgled house and just revel at Jerry’s Big Fun Wedding, I should forget Trump’s peccadilloes and have a great time celebrating his weirdo presidency.

No one who knew Jerry should have gone to his wedding reception. After all, what would his non-attending buddies do if he had the addresses of all those people he knew were going to be out of the house for hours?

And now, what do we think Trump’s going to do, after getting away with trying to use a foreign country to rig the election?

Well, the election is still out there. So I guess we know what he might do.

Alexander actually said the upcoming election was the key reason not to convict a guilty President Trump.

“We’re not just being asked to remove Trump from office, we’re telling him he can’t run in the 2020 election,” Alexander whined.

So let me get this straight. You can’t fire a guy who’s unfit for office because that would prevent him from being rehired?

It reminds me of women who stay with husbands who unmercifully beat the children.

But then again, it doesn’t. Such wives often make the decision because they have no place else to go. But as for the White House, there’s succession, so we have a guy ready to take over.

And nothing much would preclude others from vying for the Republican nomination. It’s likely they’d quickly find donors to fund their campaigns. The system, unfortunately, works that way.

“The response to the president’s behavior is not to disenfranchise nearly 63 million Americans and remove him from the ballot,” insisted Sen. Lisa Murkowski, R-Alaska, who called Trump’s actions “shameful and wrong,” then backed him up.

Does anybody out in the real world think that once they vote for somebody, that’s the end of that? We’ve already had one president who hit the road just ahead of the pitchforks. And which state is it where it never happens to a governor or senator? Certainly not Murkowski’s Alaska, currently involved in a recall of their wacky new Trump-like governor Mike Dunleavy.

Who really cares about propping up a President who’s obviously guilty of trying to rig an election, and lots of other unsavory things, too? It’s the politicians who wedded themselves to him even though they knew very well what he was.

They fretted over the terrible things he and his evil cohort might do to them if they rejected him.

And it’s just too embarrassing to leave the guy after you told all your friends how wonderful he was.

So cancel that order of protection, and stay in your husband’s house.

Forget the burglary, and go to Jerry’s wedding reception.

Absolve a criminal president, and let him have the run of the Oval Office and everything else in the United States.

What could go wrong?