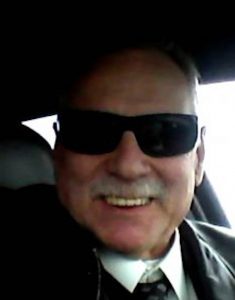 I may be getting used to people dying.

I never thought I’d say those words. But they’re true, at least for now.

It started in mid-March when my old friend Thomas “Hawk” Greer died. The old strip-joint manager and limo driver decided that he hadn’t lived such an interesting life only to wind up hooked to gadgets to keep him breathing. That made sense to me, though I hated to say good-bye.

I was comforted somewhat by writing a piece about him, an emotional outlet I’ve used before. I’m lucky I had the opportunity.

It ran April 1. Three days before that, on March 29, we got the news that John Prine, my favorite living songwriter, had contracted COVID-19, and was on a ventilator. At 73, after a couple of bouts with cancer, it didn’t look good for The Singing Mailman. I’m not shy about saying I prayed for him, but it felt like throwing pennies down a wishing well.

The day after the news about Prine broke, Pete Sakas died. Sakas was probably the best veterinarian I ever knew, and he likely was the top guy around Chicago when it came to the health of birds. We met years ago when he testified on behalf of a parrot sanctuary that its neighbors were trying to close down. The parrots won.

Sakas’ family wasn’t allowed in the room where he was dying. He had no funeral, so I felt kind of helpless when it came to reconciling my grief. I felt better after phoning Rich Weiner, the guy who owns the parrot house.

Prine died nine days after we heard he was sick. By that time, everybody who loved him was pretty well prepared.

I’ve been through the phenomenon of people in my life dying in relatively short order. My father, mother, sister, wife, best friend and my next-best-friend’s husband all died between 2004 and 2011. I spent a lot of time at funeral homes.

Now, I don’t even go to funerals, because there usually aren’t any. And people are dying at a much faster clip.

On April 25, I saw this post on my Facebook timeline: “Hi Irv. One of your favorite story subjects, Ed Ross, recently passed away.”

Ed “Haystacks” Ross, 49, was a pro wrestler who, depending on the year, was the size of three or four well-built men. He was, indeed, one of my favorite people to write about. But he wouldn’t let our relationship be confined to story writer and subject. He had to have me and my family over to the house for the eating of large animals on spits and other adventures. 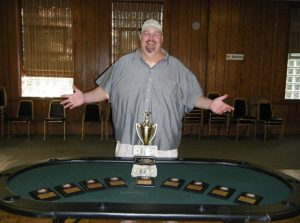 Ed Haystacks Ross rarely found a person he didn’t like, or was bigger.

That was the way he was with almost everybody. Few who met Ed disliked him. If they did, I probably wouldn’t like them.

The same week that Haystacks died, two people I knew well from long stints covering the goings-on in Northbrook passed on, both at 89. One was Pat Scherer, founder of the International Center on Deafness and the Arts and two other deaf-serving organizations. Many deaf kids she took under her wing went on to great careers, most famously Marlee Matlin, the only deaf person ever to win an Oscar.

Scherer, herself, could dance and play the piano like nobody’s business.

The other Northbrook casualty was Bernie Schmidt, Northbrook’s last surviving volunteer firefighter. He served that town 46 years as a volunteer or paid-on-call firefighter. He had grown up a farmer on the edge of Northbrook, and he was probably one of the last people who could say that, too.

Both of these Northbrook people were dedicated and scrappy. They won’t be easily forgotten.

I wrote their obituaries after being asked to do so. Those were probably the only published stories of their lives, because home-town papers aren’t what they used to be. This is what happens, folks, when you stop buying subscriptions. People die without notice.

Zay Smith got a fine obituary this month in the Chicago Sun-Times, his former employer. He was a very nice man who for years wrote the QT (Quick Takes) humor column for the amusement of his readers and himself.

In 1978, he wrote all 25 installments of “The Mirage,” the greatest Chicago newspaper series in my lifetime. He was on the Sun-Times team that bought a Chicago bar, then covertly videotaped city inspectors and other parasites lining up for payoffs. 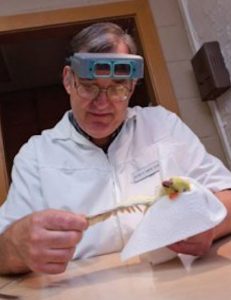 The majority on the Pulitzer committee, led by Ben Bradlee of the Washington Post, insisted that The Mirage’s undercover tactics bordered on entrapment, and denied the Sun-Times the Pulitzer Prize. If it had gone the other way, media undercover projects would have become commonplace, and we’d probably all be better off for it.

Smith was one of several media folk to pass away in recent days. Also gone are two members of the White Sox family: Ed Farmer and Bart Johnson. Both died at 70.

Farmer was an effective relief pitcher for the Sox and other teams who was famously unafraid of offering hitters a little chin music. The native South Sider was even better known for his 28 years broadcasting his home-town team on the radio. I probably heard Farmer’s voice more than anyone else’s in my life.

Johnson threw evil heat, and looked, to me, like the real thing. He was exciting to watch.

But injuries confined him to a disappointing eight-year career, all with the South Siders. He later scouted for the team for 17 years.

In under two months, nine people I liked or admired — or both — died. I expect this trend may continue for a while. I know a lot of folks.

People aren’t just being threatened by the virus. People with other maladies are staying away from doctors and hospitals, out of fear, inaccessibility and the desire to stay out of the way of people who are busy saving lives.

Take note, those of you who are friends of mine. I cherish your lives. I want to write about your triumphs, your beginnings of new things — not your ends.

Please, if you’re sick, try to get yourself fixed before it’s too late. Too many people are putting off going to doctors after they’ve shown signs of strokes and heart attacks, and other, more complicated illnesses.

Wear a mask when you go outside. Wash your hands a lot. Stay at least six feet away from people you meet. Run like deers when you hear a cough.

And for God’s sake, stay away from anybody from Wisconsin.