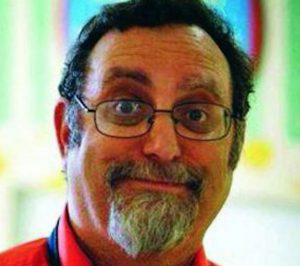 The last act of the ironic tragedy that is 2020 may be the reelection of President Donald Trump.

We may bring him back despite all he’s done to convince us we’d be chumps for even considering doing such a thing.

The bizarre truth is that the thousands of people who are getting sick and dropping dead may be very good for Trump’s political future. The longer it takes for us to quit all the dying, the better it might be for him.

A sitting president has a huge advantage over any opponent while the country is at war or otherwise in crisis.

I hope our dreams come true, and that by fall, football stadiums will once more be jammed with shirtless, painted people wearing animal-shaped hats. Fancier folks will be attending symphonies again, fighting for the armrests with their silk-covered elbows.

But just as easily, this year’s Halloween could be our scariest in a long time. If it is, Republicans from Maine to the Mohave will be warning, “Don’t swap horses in midstream.” If you’re not familiar with how horses and streams work, just play along.

The phrase is what backers of presidential administrations said during the Civil War, world wars I and II, the war against terror and most other exciting missions requiring the participation of heavily armed, uniformed Americans. It means, Let’s reelect the man who got us this far. “I’m gonna dance wit da guy wot brung me.”

It doesn’t really matter much how poorly the fellows in the Oval Office have prosecuted the wars. It doesn’t even matter whether the commanders in chief actually are responsible for getting us into whatever particular bloodbath we are aswim in. What matters is that they always say they’re going to lead us back to normalcy, and we always want desperately for that to happen.

We don’t dare blow our chance to escape whatever heinous turdbath we’re in by electing somebody who was on the sidelines when it started.

Just look at how irrelevant Joe Biden seems when he “challenges the President” to do one relatively reasonable thing or another. Our main reaction when that happens is to exclaim, “Joe, he’s not going to listen to you. Just stay home and make sure you don’t catch anything. You’re older than dirt.”

It’s a settled matter among most literate Americans that Trump is responsible for the U.S. being far behind in death-virus preparedness. It’s even more obvious now that we know that one of his advisers circulated a doomsday memo back in January, and nothing was learned from it.

That memo came long before Trump stopped insisting that the disease was mainly notable for being a Democratic plot to unseat him. Since then, he has behaved as if the virus is a unique opportunity for profit for himself and other people he likes a lot.

So by the time early voting has started, at which point there may be over 100,000 of us who aren’t here anymore, we would certainly be justified in being very ticked off at him.

But he may not seem so bad, because his pals will have ginned up a rogues’ gallery of others for us to be ticked off at. They include the Chinese, the Italians, the cruise ship operators and most of all, the Democrats, who of course caused the coronavirus outbreak by impeaching Trump.

The prevalence of the “don’t swap horses” doctrine cuts against logic, however. In nonpolitical circumstances, we swap horses in the middle of streams all the time.

In a baseball game (remember those?), by the sixth inning, the starting pitcher probably knows more about the opposing lineup than anybody in the ball park. That doesn’t mean the manager has to keep him in there, though. One of the things the starter may have become expert on is that the other team has come to enjoy hitting his pitches where the outfielders can’t catch them. So maybe we should get another guy out there, even though he’s not so intimately experienced with the batters’ work of that particular day.

I’ve known the manager at my neighborhood cut-rate hair salon for years. She used to do my hair nicely, but last year, she twice made me look like I stuck my finger in a light socket. To me, this indicates that she has either forgotten how to do the hair-cutting part of her job, or she has developed an intense dislike for guys who throw her a $10 tip. There may be other possibilities, but I refrained from investigating them, and now just ask to have my hair cut by Anyone Else With a Pulse.

I know an Israeli fellow whose young accountant near-totally screwed up his entire business, to the extent of not using the loan money for what the boss promised the loan officer the loan was supposed to pay for. This made the bankers a mite dyspeptic. Then the accountant, a nervous type, ran away and hid because he didn’t want to talk to anybody.

The guy who owned the business didn’t go looking for the accountant so he could come back and straighten everything out, even though by then, the kid was probably pretty well-acquainted with, at least, the list of things that had gone wrong.

The business owner said to himself, “Well, let’s instead find a smarter person who might be able to fix everything without making more mistakes.”

While he was talking to himself, he may have added, “Actually, I’m not from around here, so I never heard of this horse-swapping thing, anyway.”