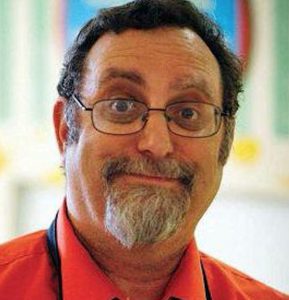 Almost everybody has a stupid childhood story they can use to explain a lifetime of questionable decisions and attitudes.

My story is about a baseball glove on a garage roof. It made me what I am today.

I was about 11 years old, exploring an unfamiliar street, when one of my associates noticed the mitt up there.

A discussion immediately ensued. We held a kangaroo court, and convicted the glove owner in absentia.

We established that no one who respects his ball glove — a boy’s most honored possession — would throw it on a garage roof, or allow it to stay there. It could be ruined by the weather in no time. This neglected glove had obviously belonged to an individual burdened by so much wealth that he considered its value to be next to nothing. He probably has a box full of dried-up gloves at home.

It was decided that the owner didn’t deserve the glove, so we should requisition it for the good of the game, and ourselves.

“You should take it,” he told me. “All you have is that baby glove.”

Jeff referred to my only mitt, a tiny pretend-glove of the kind boys are given as toddlers in the hope they’ll embrace masculine athleticism. I could no longer get my hand in the baby glove, but I didn’t mind much, because I could usually borrow a real glove from another kid when he was at bat.

The garage glove, however, was a broken-in beauty. It was no Wilson A2000, but it fit my hand as if it had always been mine.

The fact that all of the young gents present had been willing to let me knock the gift glove off the garage, and keep it without a fight, made a previously unconsidered truth apparent: they didn’t want me using their gloves anymore. Glove-loaning had been cool when we were little, but that ship had sailed.

No matter. The new glove made me a full-fledged member of my band of buddies. I could now play without constantly making glove deals.

A happy week passed. One summer afternoon, when I was unaccustomedly at home, my mother called me to the door.

“There’s a boy here who says you stole his baseball glove,” she said.

Waiting for me was not just one young stranger. He had brought a dozen backups. I nevertheless interrogated the claimant, who maintained his rotten brother had thrown the glove on the garage.

“How do I know it’s yours?” I asked illogically. “My name is on the thumb,” he said logically.  And there it was. Right under the Magic Marker line I had used to try to obscure it.

“Here. Take it,” I said, frowning. I was already worrying how I was possibly going to go back to borrowing gloves.

“I know about you,” he answered, as he turned to go. “I know you don’t have a glove.” He looked at me like I was gloveless due to leprosy.

My mother, I’m sure, had a talk with my father shortly after that. Despite the fact that she seemed to believe that the Depression was still alive and well and waiting in a corner of our apartment to jump us when she wasn’t looking, she told my father to buy me a glove.

“Spend a couple of bucks on this problem,” she said quietly. “You’re turning him into a criminal.”

So he bought me a glove. I was happy, but not as happy as I had been with the stolen glove, because now I was forced to stop and think. Why had it taken him so long?

It was, of course, because I didn’t nag him. I never even asked. I was so desperate for his approval that I didn’t want to do anything that could possibly make him think less of me.

A few years before, when he took me to Comiskey Park to see the White Sox on a bitterly cold night game instead of to bright, sunny Wrigley Field, I immediately became a long-suffering White Sox fan, just like him. This, despite the fact that we lived on the North Side, and there was barely anybody around who could share our unpopular preference.

I still am a White Sox fan, loyally rooting the last weekend of this season for them to avoid losing 100 games, instead of for the Cubs to beat the Brewers to the playoffs. They both failed, which is not surprising. But that’s not the point.

Some seasons, I go to Wrigley Field as often as I go to see the White Sox. I don’t care whether the Cubs win, but I enjoy the happiness of my friends who do.

My father didn’t look at it this way. He never went to Cubs games. If he had, he might have had to take my mother.

She never told him that she was a Cubs fan, and didn’t tell me, either, until I stumbled upon the fact after his death. I finally noticed that she sometimes mentioned Phil Cavarretta and Charlie Grimm, but no players from other teams.

I asked her why she had never let on. “I was afraid that you guys would get mad,” she said.

My mother was a former Navy chief, and she didn’t learn to be a scaredy-cat in that job.

Years later, she was accused of giving the evil eye, and when she denied it to the police, she didn’t convince anybody.

She certainly wasn’t afraid of taking a little guff over baseball.

What she had realized was that the team was the only thing that bonded her husband and son, and we had stuck with it through tough times.

Sports loyalties are tribal, the psychologists say, and they’re passed down through generations. That’s why so many fans disdain rivals’ supporters. Their loyalties conflict with those of your nation, your family. Hatfields and McCoys.

But these personal sports hatreds are the most changeable of animosities. Sox fans say Cubs fans are stupid, yet they don’t say so, or even think it, at any time other than when they are talking about the Cubs.

Yet if you are a Cubs-fan business proprietor or human resources officer, do you ever ask an applicant if he’s a Sox fan? If Sox fans are really that dumb, you would want to know.

But the relative stupidity is not linked to the applicant, of course. It is the responsibility of the applicant’s parents, or further back than that.

It’s just like religion. You may think that Missouri Synod Lutherans, based on their old-fashioned beliefs and their penchant for eating colorless food, are dumber than other people. So what if you asked a job applicant about baseball and religion, and realized you had a Missouri Synod Sox fan on the other side of the desk?

Would you hand them a hanky in case they started to drool?

And what if the applicant was a Democrat? Or owned an SUV? You really hate people who own SUVs. They have no respect for the environment at all.

And what if, God forbid, the person who wants the job puts ketchup on hot dogs? What kind of an idiot does that?

New Jersey is full of morons. What if they were born in New Jersey?

What if they were a woman?

— Leavitt: Up on the roof, or why I stole the baseball glove —