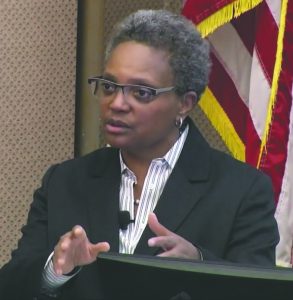 “We have a lot of hard work ahead to bring about the change Chicagoans demanded on April 2. I am proud to entrust Ra, Sarah, Manny, Maurice and Lisa to advise us as we set up this administration to be both bold and effective,” Lightfoot said. “Together, we can deliver on the broad mandate for change given to us by voters all across Chicago.”

Additional appointees to the transition are expected to be announced in the coming days.