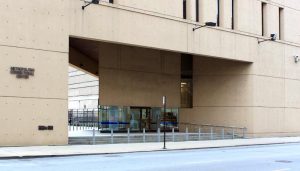 Heather Mack, who stands federally charged with conspiring with her ex-boyfriend to murder her mother while on vacation in Bali in 2014, may be beginning to wish she hadn’t been granted early release from an Indonesian prison.

Mack will spend the rest of the winter sitting in a Metropolitan Correctional Center that is under 24-hour lockdown due to COVID-19. During that time, her defense attorney, Jeffrey Steinback, hopes to be able to work his way through a massive load of evidence turned over to him by federal prosecutors.

In a teleconference held the afternoon of Tuesday, Jan. 18, Assistant U.S. Attorney Terry M. Kinney told Judge Charles Norgle that the government “has tendered extensive and comprehensive discovery” to Steinback.

Steinback concurred, telling Norgle that he was wading through “multiple discs with extraordinary amounts of information” on them. He said he’d need to spend “at least 10 to 15 hours a week” for the next several weeks reviewing the massive cache of documents and asked the judge for another 45 days. Judge Norgle gave him 76 days and scheduled the next status hearing for April 6.

The hearing was held by telephone conference due to the impact of the Omicron variant of the COVID-19 virus. Judge Norgle noted that staff at the MCC are “not bringing prisoners to (status hearings) at the present time.”

Steinback also informed the court that, due to the MCC COVID-19 lockdown, he had not been able to meet face to face with Mack to discuss any issues related to her defense. Norgle suggested that may not change anytime soon, telling both sides that the next status hearing will also be conducted telephonically.

Mack, who in 2015 was convicted in an Indonesian court of the murder of her mother, was released from her 10-year sentence more than three years early in late October and deported to the United States. She arrived at O’Hare Airport the morning of Nov. 3 and was immediately arrested by federal agents.

Her convicted accomplice in her mother’s murder, former boyfriend Tommy Schaefer, who is also named in the three-count indictment with Mack, remains imprisoned on Bali, with eight years remaining on his sentence.