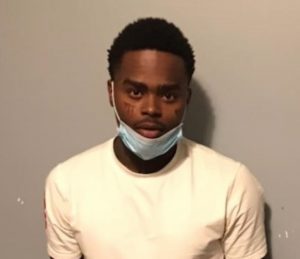 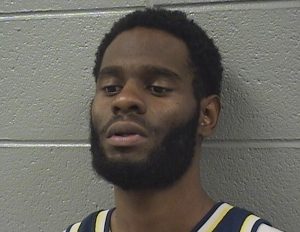 battery of a police officer got out of Cook County Jail by using another individual’s identity, law enforcement officials said.

Jahquez Scott, 21, is alleged to have used the personal information of another detainee to be released from jail custody. Scott had originally been detained on an unlawful use of weapon charge and was at large as of Thursday afternoon, May 7.

Another jail detainee has been charged with assisting with Scott’s wrongful release.

Quintin Henderson, 28, was scheduled to be released May 2 from the jail on an individual recognizance bond for a narcotics charge. He allegedly provided his personal information to Scott for a promise of $1,000.

Wearing a mask, Scott used Henderson’s full name and personal information to pose as Henderson and left the jail on Henderson’s I-bond.

Scott originally had a bond of $50,000 for the UUW charge and was ordered to have electronic monitoring, if he posted bail.

Jail staff learned there was a discrepancy when they did not have Henderson’s paperwork when he also provided his information for discharge, according to Cook County Sheriff’s police.

The Cook County Sheriff’s Office said an internal investigation is being conducted and a search is underway for Scott. Deputies said Scott’s past criminal history includes aggravated battery of a police officer, possession of a controlled substance and criminal trespass to land.

The Sheriff’s Office said since Henderson made the decision to assist another detainee by allowing him to use his personal information, he was charged with aiding escape.

Henderson’s bond was set at $25,000 on that charge Thursday, during a court appearance. He was ordered held without bond for violation of the bail bond on his original narcotics charge.

Scott is a black man with black hair and brown eyes, 5 feet, 10 inches tall, 150 pounds. He should be considered armed and dangerous, according to FBI agents.

The FBI is offering a reward of up to $2,000 for information leading directly to the arrest and conviction of Scott.

Anyone with information regarding Scott’s whereabouts should contact the Federal Bureau of Investigation’s Chicago office at 312-421-6700 or the Cook County Sheriff’s Office at 773-674-8477. Tips may be submitted anonymously online at fbi.gov/tips.