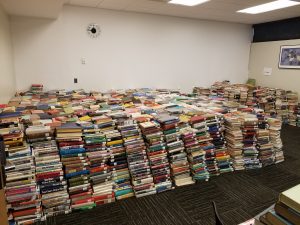 A controversial plan to repurpose the second floor of the Morton College library for administrative offices has been slowed down, pending input from students and staff, a spokesperson for the college said.

Thousands of books were boxed up and removed this summer, in what one faculty member called a “book Holocaust.” But the seven student study rooms still remain accessible, which some students consider a victory.

“As the two-year plan for the Student Success Center continues to be developed, a planning committee that includes students, faculty, staff and administrators will provide input to re-purpose the existing space that will facilitate an array of improved services to our students,” said Morton spokeswoman Blanca Jara.

Faculty and students have complained that the new college president, Stan Fields, announced the administrative takeover of the library space without proper input from library staff, faculty or students. The faculty issued a vote of No Confidence in Fields on Sept. 20.

“[Fields] has undertaken expensive and disruptive remodeling projects without consulting — or even informing — the affected academic administrators or faculty,” the faculty letter said. “A new Student Service Center is designated for the second floor of the library, resulting in the removal of more than 80 percent of the circulating books. Faculty did not know about the plans until after they had been implemented.”

Fields did not respond to a request for comment through Jara.

“Originally we were told six weeks [to empty out the books from the second floor], then it was three weeks. Most institutions take a year to undertake a project of this scope,” Butler, now working at a library in Maryland, wrote in an email.

The original plan called for the first-floor adviser offices to be moved to the more spacious library study rooms, according to renderings posted by the college. Butler said she saw the plan in June.

“When I questioned removing student study rooms and offered to give [statistics] of usage, I was told I was not being a team player,” she wrote.

Library student aide sophomore Cristal Aranda said she and other student employees boxed up “25,000 books for weeding. But now [administrators] told us nothing would be thrown away and the books are in storage.”

Aranda presented a petition at the September Board of Trustees meeting, signed by students, asking for the project to be halted.  She also started an online petition.

“I brought up the issue not because someone told me to do so but because as a student, I did not believe this was the best decision for our students. Not because I work [at the library] but because they did not even bother asking us what we wanted,” Aranda wrote in an email.

Faculty and staff watched as books were removed over the summer. 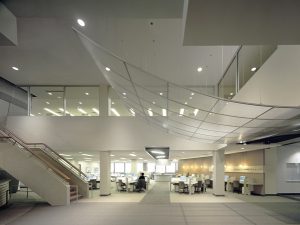 “I sat in our faculty adjunct office and watched hundreds of books being removed from the shelves. It was like watching a book Holocaust,” wrote one adjunct professor who requested anonymity for fear of reprisal.

Fields, known to be a fan of Apple products for schools in his past career as superintendent of Berwyn South Elementary School district 100, has floated the idea of issuing an iPad to every Morton student. In June, the library director job description was changed to include a digital focus.

“I was told numerous times by a [vice president] the college was considering going to a virtual library,” Butler wrote. “My job description in July was changed to include a virtual library.”

Part of a college education is learning to use digital academic resources such as online academic journals, offered through subscriptions, said Ann Campion Riley, of University of Missouri Libraries, past president of the Association of College and Research Libraries. But digital licenses for circulating books can also be cost-prohibitive and can only be shared by a couple of patrons at a time, Riley said.

“Students and faculty need to be able to reach out to access books as part of the Illinois network of libraries,” Riley said.

Morton College belongs to the Consortium of Academic and Research Libraries of Illinois (CARLI). CARLI does not provide guidance on how member libraries are managed, said Tom Hardy, from the University of Illinois Libraries.

“Each CARLI member library member must demonstrate the ability to meet the core needs of its students, faculty and staff and must willing to participate actively in the resource sharing mission of the consortium,” Hardy said in an email.

The Higher Learning Commission, which accredits colleges and universities, has guidelines for “infrastructure support” of students in higher education, including libraries.

“The Higher Learning Commission does not comment on institutions currently undergoing a review process,” said Steve Kauffman, HLC spokesman. “Morton College’s review visit was a few weeks ago, and the team report still is being finalized,” he wrote in an email. “HLC evaluates a member’s institutional resources for students, and that would include library resources,” Kauffman added.

“We know from our research that libraries are very important to student success,” Riley said in a phone interview. “We know that college library resources are linked to higher retention and graduation rates.

“Space for students to study is very important, especially for commuter colleges,” Riley added. “Many students don’t have home environments where they can study. Taking away those spaces would be very unfortunate.”

Aranda guessed the administrators just wanted to upgrade their office spaces by taking over the study rooms.

“The study rooms are way nicer than their offices, and bigger,” she said.

Aranda said since the project has been re-evaluated, the college has held several meetings asking for student input into the future uses of the library space. These have been coordinated by Morton College Human Resources Director Anthony Ray, Aranda said. Ray did not respond to a request for comment through the college communication office.

“I know lots of students are using the study rooms and checking out laptops,” Aranda said. “I think [the administration] just decided to back off.”

Students consider this a win, even though most of the books have disappeared, Aranda said.

“Our library [book collection] was reduced to a single floor. We do not know the percentage that was taken out of collection because the only thing that mattered was to empty out the second floor of the library,” Aranda said.

The college is seeking a librarian to replace Butler, who served for eight years.

“It was a difficult decision to leave,” Butler wrote. “I was proud to be part of Morton College and the community it serves,” she said.

Two assistant librarians retired in December. It is unclear who will staff the library when students return in January.