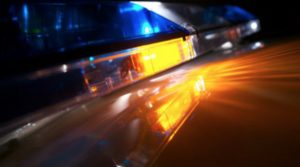 Two people were killed April 26 when struck on Interstate 57 in Cook County.

Illinois State Police said a stolen 2018 white Toyota Camry was the vehicle that hit them. The occupants of the Toyota fled the scene on foot after the accident.

A preliminary investigation indicates that the Chicago woman and Bolingbrook man were standing outside of their vehicle, which was disabled on the left shoulder of the roadway. The Camry hit the pedestrians while it was northbound on I-57. After hitting the pedestrians, the Toyota stopped just north of the crash scene. The occupants of the Toyota fled the scene on foot.

Police said attempts were made to locate the occupants of the Camry in the area with negative results.

All northbound lanes of traffic were closed for more than five hours during the crash investigation. All lanes of I-57 were reopened at 10:09 a.m. Sunday.

State Police said the investigation is open and ongoing.

Anyone who witnessed the accident or has information about the identity or whereabouts of the occupants who fled the scene are asked to contact the State Police at 847-294-4400. Callers can remain anonymous.