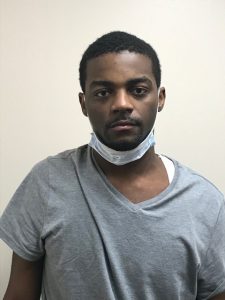 A Chicago man, who was released from prison early, possibly due to coronavirus concerns, has been charged with hijacking the vehicle of a good Samaritan who stopped to render aid at an accident site.

Police said troopers learned that after the crash, a vehicle occupied by two males — an adult and a 15-year-old boy — stopped to assist after witnessing the crash. The driver of the damaged passenger vehicle, later identified as Massey, displayed a firearm and took control of the vehicle that had stopped to assist, fleeing the scene, according to State Police.

Trooper Omoayena Williams of the State Police’s Public Information Office said that due to the open investigation, the State Police are not releasing additional details of the incident, such as if the man and teen were in the vehicle when Massey allegedly took it.

Troopers located the stolen vehicle traveling northbound on I-55 south of Arsenal Road and attempted to conduct a traffic stop. State Police said Massey refused to stop and a pursuit ensued.

The pursuit ended after the vehicle crashed at Blodgett Avenue and County Line Road in Wilmington. Police said Massey fled the crash scene of foot. A short time later, troopers took him into custody at Harbor Side Marina in Wilmington, according to police.

State Police said that during their investigation, two firearms were recovered.

The driver of the truck was taken to a local hospital for treatment of minor injuries sustained in the crash. The occupants of the stolen vehicle did not sustain any injuries.

Massey did not require any medical attention, troopers said.

State Police said Massey’s arrest would not have been possible without assistance from the Will County Forest Preserve Police Department; Elwood, Wilmington and Channahon police departments; and the Will County Sheriff’s Office.

The Chicago man was being held in Grundy County Jail awaiting a bond hearing.

Massey was paroled April 2 from Menard Correctional Center. Information from the Illinois Department of Corrections does not say why Massey was paroled early, but the state has paroled many individuals early and provided additional good time to detainees in the wake of coronavirus concerns.

McLean County officials have gone to collections for more than $3,700 that Massey has allegedly failed to pay in connection with three 2016 felony convictions. He was convicted of the manufacturing or distribution of marijuana, burglary and resisting a police officer. Massey allegedly owes $2,133, $1,269 and $377, respectively, in connection with those three convictions.