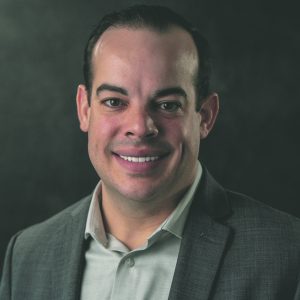 Tim Ozinga of Mokena has announced that he will seek election as a Republican candidate for Illinois state representative in the 37th District.

His decision comes after current 37th District state Rep. Margo McDermed (R-Mokena) announced in July that she would not be seeking re-election to the seat in 2020.

“I promise to fight for the future of Illinois workers, their families and small businesses in our community,” Ozinga said. “Together we can rebuild Illinois and ensure that every individual has the opportunity to not just survive, but thrive. That’s why I’m announcing my candidacy for Illinois state representative of House District 37.”

Ozinga is a co-owner and executive vice president of Mokena-based Ozinga Bros. Inc., a fourth-generation family owned company specializing in ready-mix, energy, logistics and construction materials with operations in five states. The company is known for its red-and-white-striped concrete mixers. He is the son of former congressional candidate Marty Ozinga III.

He has served on Mokena’s Economic Development Commission. Earlier this year, he was elected to the Mokena Community Park District Board of Commissioners and serves as board secretary. He is also a member of Calvary Church of Orland Park.

Ozinga; his wife, Amanda; and their four daughters have lived in Mokena since 2010.

New Lenox Mayor Tim Baldermann has already announced his intention to run for the Republican nomination for the seat. Baldermann also serves as superintendent of Union School District 81 in Joliet.