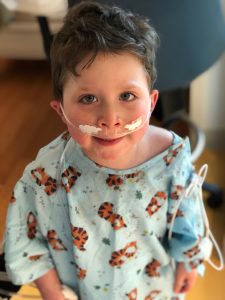 Lukas Settecase, 5, had a heart transplant at Ann & Robert H Lurie Children’s Hospital in Chicago earlier this spring. His parents were able to use a Ronald McDonald House Charities sleeping room at the hospital to be near him. They used a Ronald McDonald House for close to a month when their son was diagnosed with leukemia at 10 months of age. An Un-Gala to raise money for RMHC begins Wednesday, April 29. (Provided photos)

Joel Settecase had a tough time accepting the help lavished on him and his family when one of his sons was diagnosed with leukemia in 2015.

Joel and Aliza Settecase have gotten some of that help over the last five years from Ronald McDonald House Charities of Chicagoland and Northwest Indiana.

When their son, Lukas, was diagnosed with leukemia at 10 months old in 2015, the Settecases were making the trek from their Aurora home to Ann & Robert H Lurie Children’s Hospital in Downtown Chicago.

The oncology team at Lurie referred the Settecases to the nearby Ronald McDonald House.

“They let us stay the better part of a month, and we’ve been there a few times after,” Joel Settecase said. “They made us feel right at home. It was so much easier being there then being on the outskirts of the suburbs during a difficult experience.”

The Settecases relied on Ronald McDonald House Charities again in late March and early April when Lukas went through heart-transplant surgery. That time, they used a RMHC sleeper room right at the hospital.

“Even in difficult times like this, there is childhood illness. It does not operate on a timeline,” Buckendahl said. “The Settecase family had their son get a heart in the middle of this. Need does not stop. We do not have the luxury to stop.”

To that end, Ronald McDonald House Charities will seek to match the $1 million it gets through its annual Gala with a five-day Un-Gala, starting Wednesday, April 29. 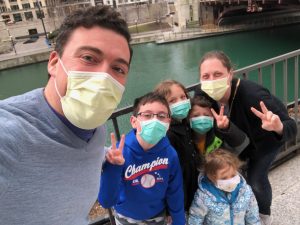 Members of the Settecase family stand near the Chicago River during a family outing.

Events will culminate with a Facebook Live program at 7 p.m. May 2.

During the Un-Gala, residents can:

Joel Settecase said Lukas is doing well after the heart transplant. He said before the call came about Lukas getting a new heart, he and his wife, Aliza, were thinking a transplant would not happen because of COVID-19 taking up medical staffs’ time.

“We were like, ‘Thank God, he is not getting a new heart now,’” Joel said, “but it turned out to be perfect timing. The kids were quarantining anyway so it gave Aliza and I both a chance to go in and be with Lukas. The other kids went to be with Grandma and Grandpa.”

The resident of Chicago’s Portage Park said the Ronald McDonald House was a great benefit for the family when Lukas was going through leukemia treatment.

“It was like being in a hotel. There were enough beds in the room. It was a little smaller than our regular home, but it was a great home away from home where the whole family could stay,” Joel Settecase said. “We would buy our own groceries and there was a fridge and pantry area for us. Then for lunch and dinner, crews would come in — church volunteers and others — and cook for us. It was really humbling and encouraging.” 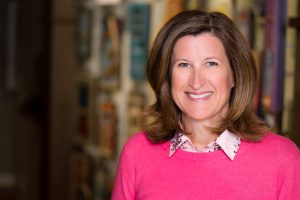 He said the synergy between the volunteers and the Ronald McDonald House staff makes it a great environment for families dealing with a child’s medical issue.

“We miss our volunteers,” she said. “We have 80 on our staff. We rely on 40,000 volunteers to provide services, but we couldn’t risk bringing volunteers into the facilities at this time.”

Buckendahl said that corporate sponsors have stepped in and are providing catered meals and gift cards to families in Ronald McDonald Houses.

“Major companies are using their chefs to create and package food through their kitchens,” she said. “We are finding a way to feed our families. It looks different than how we normally do it, but it is getting done.”

Joel Settecase said his family can never express how thankful they are for Ronald McDonald House Charities.

“In times of crisis you rely on sources of stability. We prayed all along the way,” Settecase said. “All of us being able to be together because of Ronald McDonald House Charities was a real blessing.”

He said anyone who is able should consider supporting RMHC during its Un-Gala.

“We as Christians are supposed to find someone and share with them. Jesus tells us to care for the vulnerable and the weak. This goes to the heart of being a faith partner,” Settecase said. “This is an excellent way to do that.

“When your child is sick, you are vulnerable, you are scared, you are hurting. You are thrown into the middle of a situation that you are not prepared for and you need help. Anyone, out of a shared humanity, should work to help children and families. It helps, too, because the hospitals do not have to provide beds to family members.

“Even though you may not be going through it right now, we are all going to go through trials and tribulations, and we are going to know what need is. We are going to need a helping hand. And it feels good to give.”