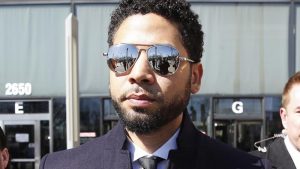 A special prosecutor will determine if criminal charges should be reinstated against actor Jussie Smollett.

Actor Jussie Smollett may not be off the hook after all.

A Cook County Circuit Court judge ruled Friday that a special prosecutor needs to be appointed to the case and examine if charges should be reinstated against the former actor on the “Empire” TV show. The Circuit Court will appoint the prosecutor.

In his opinion, Judge Michael Toomin said, “if reasonable grounds exist to further prosecute Smollett, in the interest of justice the special prosecutor may take such action as may be appropriate.”

In March, the Cook County State’s Attorney’s Office dropped 16 counts of disorderly conduct against Smollett after he allegedly staged a racial and homophobic attack against himself in Chicago.

In the early morning hours of Jan. 29, Smollett’s agent called Chicago police and told them that his client was attacked outside a sandwich shop at 2 a.m.

Smollett, who is black and gay, claimed that two masked men shouted homophobic and racist slurs at him as they beat him up. He said they yelled, “This is MAGA (Make America Great Again) country.”

He said the two white offenders looped a rope around his neck and poured “an unknown substance” on him before running away. 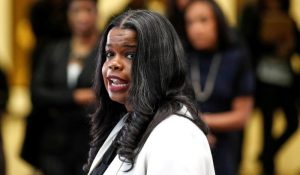 Chicago police said Smollett’s story began to unravel after they spoke with two brothers, who worked with Smollett at the television studio, when they returned from Nigeria in mid-February. The brothers allegedly told police that Smollett paid them to stage the incident.

Chicago police Superintendent Eddie Johnson said Smollett created the hoax because he was dissatisfied with his “Empire” salary.

A Cook County grand jury indicted Smollett on 16 counts of disorderly conduct on March 8. However, less than three weeks later, the case was dismissed with the office of State’s Attorney Kim Foxx saying, “After reviewing all the facts and circumstances of the case including Mr. Smollett’s volunteer service in the community and his agreement to forfeit his ($10,000) bond to the city of Chicago, we believe the outcome is a just disposition and appropriate resolution of the case.”

Foxx had said she never felt that there was truly a conflict of interest to keep her from the case.

Foxx had stepped away from the case after Tina Tchen, a Smollett family friend and chief of staff for former first lady Michelle Obama, contacted her on behalf of the actor’s family regarding the investigation into the incident and leaks from the Chicago Police Department to the media.

An internal email after Foxx’s recusal said that First Assistant State Attorney Joe Magats was serving as the “acting state’s attorney for this matter,” with Foxx stepping aside.

Judge Toomin ripped Foxx for the move, citing that Magats is an “experienced and capable prosecutor,” but that he was appointed to a position that does not exist.

“There was and is no legally cognizable office of Acting State’s Attorney known to our statutes or to be common law,” the judge said. “Its existence was only in the eye or imagination of its creator, Kim Foxx.”

Toomin, also laid into the county’s top prosecutor for a lack of leadership throughout the Smollett case.

“The ship of the state ventured from its protected harbor without the guiding hand of its captain,” Toomin said. “There was no master on the bridge to guide the ship as it floundered through unchartered  waters.”

In a statement, Foxx spun the judge’s opinion as a victory for her and her office.

“I am pleased that the court agreed there was no conflict of interest here,” Foxx said. “Regarding recusal, I followed the advice and counsel of my then chief ethics officer. In any event, I respectfully disagree with the court’s conclusion that, in the absence of any conflict, the appointment of a special prosecutor is required.

“As always, I remain committed to transparency, justice and the public safety of the communities we serve.”

Toomin also took aim at the former “Empire” actor  for creating the incident.

“His talents were destined not to be confined to that production” Toomin said in his 21-page judgment calling for the special prosecutor to be appointed. “Rather, in perhaps his most prominent display of his acting potential, Smollett conceived a fantasy that propelled him from the role of a sympathetic victim of a vicious homophobic attack to that of a charlatan who fomented a hoax the equal of any twisted television intrigue.”

Anthony Guglielmi, chief communications officer for the Chicago Police Department, said the agency is ready for a special prosecutor to look at the department’s work in the case.

“We stand firmly behind the work of detectives in investigating the fabricated incident reported by Jussie Smollett & Chicago police will fully cooperate with the court-appointed special prosecutor,” Guglielmi posted in Twitter.