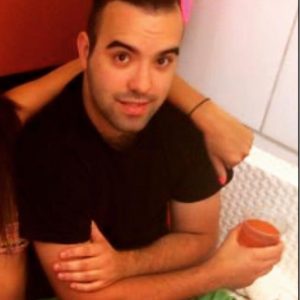 A north suburban Cook County man, who was a high-stakes sports gambler, has pleaded guilty to federal fraud and tax offenses in connection with a $9.6 million fraud scheme.

Robert Gorodetsky, 27, of Northbrook, pleaded guilty Feb. 5 to one count of wire fraud and one count of filing a false tax return.

The IRS Criminal Investigation Division in Chicago and the Chicago office of the FBI investigated the case.

Gorodetsky admitted in a plea agreement that from February 2014 to April 2018 he schemed to defraud an individual of $9.6 million in connection with purported stock market investments and wagers on sporting events.

The Northbrook man represented himself as a successful “day trader” who would invest the individual’s money in the stock market and share in the profits, the plea agreement states. After initially obtaining $953,000 from the individual, Gorodetsky invested only $215,000 into an e-Trade account and pocketed the rest for his personal use, according to the plea agreement.

In July 2014, Gorodetsky falsely told the individual that his investments had increased to $2 million, when the value of his stocks was really $71,388.

Gorodetsky then said the purported gains should be put toward sports wagers and that he would include his own money as well. The two would be equal partners, according to the plea agreement. Gorodetsky induced the individual to invest $8.7 million in additional funds to wager on sports.

Federal investigators said Gorodetsky put the money into various banks and that he moved $200,000 of the individual’s money into one of his accounts in April 2017.

The Northbrook man used much of the money for purposes unrelated to sports wagering, including personal expenditures such as living expenses, travel and entertainment costs, and luxury automobiles and jewelry, the plea agreement states. In all, Gorodetsky’s fraud scheme resulted in a loss to the individual of $7.1 million.

The tax offense pertains to Gorodetsky’s failure to report the money he received from the individual as income on his tax returns, resulting in a total tax loss of more than $2.6 million.

Investigators said that for calendar year:

Investigators said that Gorodetsky has no prior criminal history.

Wire fraud is punishable by up to 20 years in prison, while the tax charge carries a maximum sentence of three years. Gorodetsky faces a total fine of up to $500,000 and required restitution of $7.1 million. Federal officials said anticipated advisory sentencing guidelines put Gorodetsky’s punishment at between 4 years, 9 months and 5 years, 11 months in prison.

The court must impose a “reasonable” sentence under federal statutes and the advisory U.S. Sentencing Guidelines.