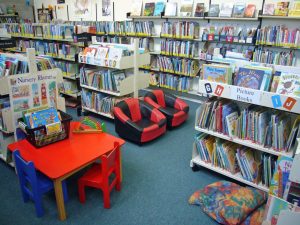 n recent years, overdue fines have come to be seen as barriers to service that prevent people — particularly youths and poor people — from using the library.

Library patrons are used to thinking of overdue fines as just punishment for keeping out books past their due date.
But, in recent years, overdue fines have come to be seen as barriers to service that prevent people — particularly youths and poor people — from using the library.
The American Library Association’s bill of rights states, “All library policies and procedures, particularly involving fines, fees and other charges, should be scrutinized for potential barriers to access.”
Library staffs in Illinois, and throughout the United States, have been doing just that. And many of them have decided that the negatives of fining library patrons outweigh the positives.
One of the area’s largest library systems, the Oak Park Public Library, recently announced it will stop levying overdue fines starting June 1.
“Fines are a regressive method of raising revenue,” said David Seleb, Oak Park Public Library executive director. “They impact those who can least afford them. They run contary to our work to eliminate barriers to service,”
And overdue fees don’t raise a great deal of money for the library. Fines are approximately 2 percent of the Oak Park Public Library’s total operating revenue, nearly $170,000 of a $7.7 million budget.
Keeping track of and collecting fines takes staff time from other library work. And collecting fines also can be a source of conflict between library staff and library patrons.
Other local libraries have  had similar experiences.
The Algonquin Public Library ceased fining patrons in September of 2014 without significant revenue losses.
The Vernon Area Public Library in Lincolnshire stopped collecting overdue fines in September 2015. Library staff noted fines were only 1 percent of the budget and there was a cost in staff time to collect and keep track of fines.
So, how do libraries without overdue fines get back their overdue books and other materials?
The Vernon Area Public Library charges patrons the cost of the book plus a $10 fee if the book is not returned within 35 to 45 days. The patron’s library card also is suspended.
The Oak Park Public Library has a similar system in mind. After materials are more than 42 days late, the patron will be billed for the cost of the book and not be able to check out any more library materials until the bill is paid.
But even though the American Library Association and the Public Library Association endorse eliminating overdue charges as barriers to service, many — most — libraries still charge for overdue materials.
For example, the Chicago Public Library system charges for overdue materials — 25 cents a day for books up to a $10 maximum, $1 a day for DVDs up to a $10 maximum.
Palatine’s public library charges 20 cents a day for overdue books to a $5 maximum, and $1 a day for DVDs to a $10 maximum.
And far from eliminating overdue fines, some libraries are bullish on collecting them. Last year, the Wisconsin state legislature passed a law empowering libraries to use collection agencies to collect overdue fines.
And there have been several cases in the U.S. in which delinquent patrons have been  arrested for not paying their library fines.
But, the trend toward eliminating fines continues, more like a gentle swell than a tsunami. The spur is what can libraries do to encourage more people to use libraries?
As the Public Library Association puts it, “We want the library institution as accessible as possible for everybody. We want the poor to be able to come in and lift themselves up. We want the youth to be able to feel unhindered to come to the library and enjoy our programs
and materials.”