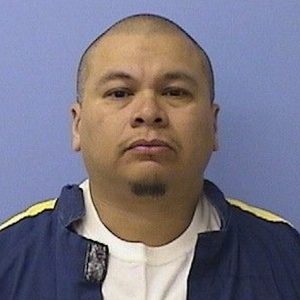 A suburban drug dealer has been sentenced to 12 years in federal prison for illegally possessing narcotics and a loaded semiautomatic handgun.

Efren Gutierrez, 44, illegally possessed the firearm and narcotics on Dec. 6, 2017. Law enforcement executed a court-authorized search of Gutierrez’s home in Burbank and discovered the gun hidden in a diaper bag in his bedroom. The gun was loaded and had a .45-caliber magazine attached to it.

Gutierrez had previously been convicted of multiple felonies in state court, including drug and gun offenses, and was not legally allowed to possess a firearm. He admitted in a plea agreement that he kept the gun and ammunition to protect his drug distribution business. During the search of Gutierrez’s home, law enforcement discovered distribution quantities of cocaine, marijuana and 98 percent pure methamphetamine.

“Over the past few years, the Chicagoland area has been subjected to devastating firearm violence,” Assistant U.S. Attorney Cornelius Vandenberg argued in the government’s sentencing memorandum. “The sale of narcotics and the possession of firearms by felons is behavior that will not be tolerated by the federal government.”