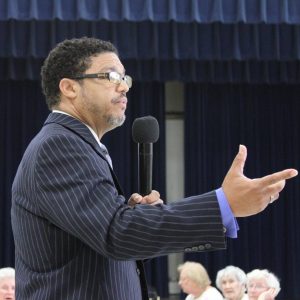 The people of Broadview have spoken, and they’re ready for mayoral term limits.

In spite of a last-minute challenge to a mayoral term-limit referendum, and the vote-count shrouded in secrecy until the Supreme Court could weigh in, it looks like two-term Mayor Sherman Jones will be out with the April 4, 2017 elections.

Mayoral term limits were popular with voters around Cook County this election, as voters also voted yes to referenda in Calumet City, Harvey and Crestwood.

“I think there were a lot of voters who were trying to say ‘enough’s enough with Sherman Jones,’ but other voters who like the idea of term limits,” said Trustee Judy Brown-Marino, who plans to run for mayor in the spring. “I’m glad this was during a presidential election because the turnout was so much greater.”

District 92 Lindop School District Board President Princess Dempsey, whose majority slate won in an unusual write-in maneuver in 2015, said she’ll also be running for mayor. She agreed she would step down from the school board if elected, she said.

“The voters spoke. They were tired. That’s the voters speaking, not some ‘rigged election.’ There’s nothing being done in Broadview, [Jones was] tearing down and not rebuilding.” 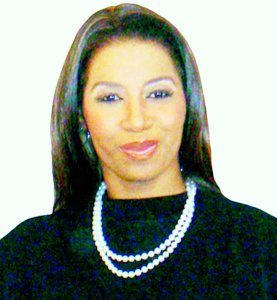 Former Village Clerk Maxine Johnson collected petition signatures for the referendum. She has also announced that she plans to run for mayor. The Cook County Chronicle was unable to contract Johnson for a comment.

The petitions were challenged by Public Works Director Matthew Ames, who argued the wording on the petition was “unclear.” That argument was thrown out by the Illinois Appeals Court, a ruling that was ultimately upheld by the Supreme Court.

Jones had complained that the referendum targeted his office only and not the other trustees.

“They couldn’t get me off the ballot by voting, so now they want to get me out with term limits,” Jones said last week. “I wouldn’t have a problem with this if it applied to all trustees, but it’s specifically targeting me.”

The ruling couldn’t come soon enough for Katrina Arnold, Broadview Public Library board president. The library board has been suing the village in chancery court for more than a year claiming the village has been sabotaging the building of a new library addition for which the voters overwhelmingly approved in a referendum in 2012. The library board alleged Jones tried to get the library to partner with developers to build a new building in a village TIF zone with a strip mall on the bottom and the library on the second floor. When they chose the smaller addition project, they alleged in the suit, Jones and Building Department Head David Upshaw, also a library board member, threw up roadblocks.

“What I think the village was trying to say is, ‘it’s time for a change,’” Arnold said.  “As much as people don’t want to admit it out loud, [Jones has] been a hindrance to our village. Case in point, who stops a library? We’ve got five more months to deal with him, and who knows what he’ll do in that time, what’s the next thing that’s going to happen? I’ll just be grateful when we have shovels in the ground,” Arnold said. 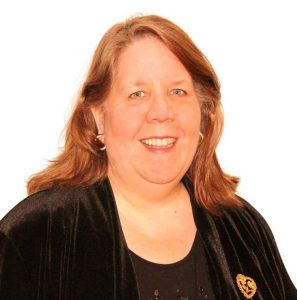 The mayor campaigned with mailings and robocalls alleging his enemies were pawns of a strip club company that’s been suing the village for 12 years in a First Amendment complaint.

Jones did not return calls and messages seeking comment after the results were released.