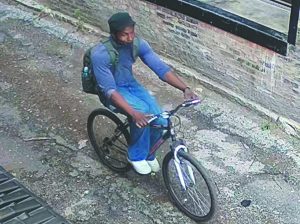 Police are seeking this individual in connection with the attempted abduction of a woman near the DePaul University campus. (Chicago police photos) 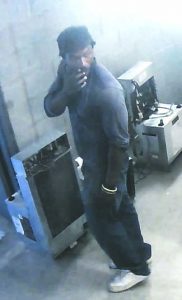 Area Central detectives for the Chicago Police Department are seeking the public’s assistance in identifying the offender in an attempted abduction and aggravated battery in the Lincoln Park neighborhood.

The victim in the incident near the DePaul University campus in Chicago’s 18th Police District was walking home in the early morning hours of July 18 when an offender attacked the woman with a knife and attempted to abduct her. The offender then fled in an unknown direction.

Investigating officers said the woman sustained cuts to her face and neck.

The same offender is also believed to have stolen a vehicle July 17 from the 300 block on North Desplaines Street.

Police only know that the offender in the Near North incident was a male and is known to frequent the areas of Milwaukee and Grand avenues and Halsted Street, and Division and Orleans streets.

Chicago police offered the following tips to avoid being attacked and how to react, if an attack victim:

Anyone with information about the incident or offender should call Area Central Violent Crimes Office at 312-747-8380.