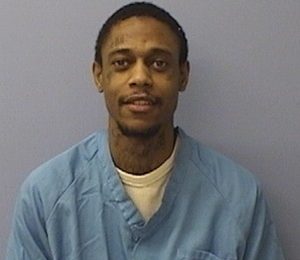 A suspected member of a Chicago street gang will remain in federal custody, and a search warrant has been issued to probe one of his alleged peer’s phone.

Mardi Lane, who authorities say is a member of the LAFA street gang connected with drug-dealing on the South Side of Chicago, was ordered to remain in the custody of the U.S. Marshal’s Service during a detention hearing April 9 in Chicago federal court.

U.S. District Judge Rebecca Pallmeyer granted the government’s motion for Lane’s pretrial detention during a hearing held by videoconference. She said Lane poses a danger to the community.

Lane, 31, and Reginald Jones, 26, both of Chicago, are charged in connection with the 2015 murder of Deonte Hoard in Chicago.

Lane has spent time in the Illinois Department of Corrections for armed robbery, aggravated discharge of a firearm, resisting arrest and aggravated fleeing.

An 18-count federal indictment charges Lane, Jones and eight other alleged members of the LAFA street gang with participating in a criminal organization that murdered its rivals and violently protected its drug-dealing territories on Chicago’s South Side.

Law enforcement said they uncovered the alleged criminal activity through an Organized Crime Drug Enforcement Task Force investigation. Drug or firearm charges were originally filed in related cases against 11 individuals, including a woman and two of her sons.

The superseding March indictment added new defendants and alleged numerous acts of violence, including four murders and 13 attempted murders. The new charges included racketeering conspiracy against 10 of the defendants.

Federal agents said LAFA members have had a longstanding and violent feud with other Chicago street gangs, including the Merrill Park Gangster Disciples.

Arrests were carried out in Illinois, Indiana and Minnesota.

During the course of the multi-year probe, law enforcement said they seized 34 firearms, a machete, a sheath, a kilogram of cocaine, 78 pounds of marijuana, more than $190,000 in suspected drug proceeds, designer clothing appraised at more than $300,000, Rolex watches, and numerous pieces of diamond jewelry, including two 14-carat gold necklaces that had attached to them 14-carat gold pendants with the initials “LAFA” written in diamonds.

On April 10, federal agents obtained a search warrant to examine the iPhone of Cottrell Mackey, which has been in FBI custody since his arrest March 17.

Federal agents said they are looking for information on Mackey’s possible possession of and involvement with marijuana, narcotics and firearms.

Mackey, 26, and Martez Easter, 27, both of Chicago and reported LAFA members, are charged in connection with the 2014 murder of Denero Appleton in Chicago.