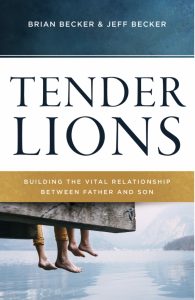 “Tender Lions is about men recapturing their ability to be not just strong, but gentle, not merely intelligent, but empathetic.

On a bright, cool early March morning, Brian Becker settles into his seat at a local restaurant, looking relaxed and content.

Contentment was something he once wondered if he would ever experience. Gaining it was something that took all the strength and courage he could muster that a spring morning some 20 years ago, when he took what he calls the biggest, most frightening risk of his life.

His wife Kim knew things weren’t good between them; that he was in counseling and going to a recovery group, but little else. He asked to drive to a nearby park, where he sat with Kim and told her of all the things he’d hidden from her and everyone else, for decades. Of his addiction to pornography, of his betrayal of her trust and emotional distance from her and their son and daughter. Of his shame and self-absorption.

“It was the hardest day of my adult life, more terrifying than you can imagine,” recalled Becker, who lives in Maywood.

It would be months before Kim was able to even talk with him, a year before his family could process all he’d disclosed and be able to reconcile with him.

Fessing up to betraying loved ones comes with no guarantees. Those hurt have the right feel what they feel, and react as they do.

“She did not want to talk with me. She didn’t trust me. That was like shooting her in the heart,” he said. “She was furious.

Becker credits Kim’s close women friends with quite literally saving their marriage, saying, “Without those four or five women, I don’t think I’d be married today.”

But that morning in the park was the start of a journey away from denial and hidden shame and to awareness. In acknowledging his behavior and its consequences, he took the first steps toward rebuilding trust and authentic relationship.

When he and Kim finally reconciled, they decided, “We’re going to name it and call it what it is and deal with it.”

But Brian ultimately did more than name it. With his son, Jeff, who runs a youth basketball academy in Arizona, he wrote a book about it. 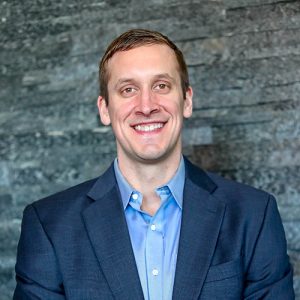 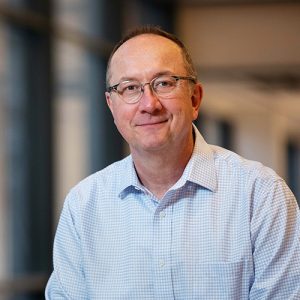 The inspiration for “Tender Lions” came from Brian’s former work as a vice president for a charitable group, reviewing grant applications for approval.

He said he frequently read of absent fathers and the damage it did to boys. At one point, he recalls, he stood up at his desk and asked, “Where are the fathers?”

It wouldn’t be that long before he asked the same question of himself.

“Tender Lions”, the subhead says, is about “Building the vital relationship between father and son.” But it is about much more than just fathers and sons; it is about men recapturing their ability to be not just strong, but gentle, not merely intelligent, but empathetic.

It is about facing our failures to live up to our values, and how those failures don’t just harm us, but cause great pain to those we love. And it is about marshaling the courage required to show our authentic self to those closest to us, to ask their forgiveness for our trespasses and then work to be fully present emotionally.

While they come from a religious background, religious faith is not a requirement for benefitting from the book.

“Our message and content when we do interviews and workshops is easily adaptable and just as effective when we remove the faith-based aspects of the content,” Brian said.

“Tender Lions’” key points and wisdom require unpacking and reflection. To assist in that, the Beckers end each chapter with several “so then” questions, leading the reader into his (or her) own inner dialogue and/or with others, on their own wounds, their own demons and character flaws.

Chapter 4, “Manning Up,” is perhaps the richest part of the book, in terms of example and insight. A series of subheads introduce the reader to key issues. Including Being versus Doing, Surrender, Love, Accountability, Fidelity, and Restraint, among others.

At the very least “Tender Lions” can lead the engaged reader into personal inquiry that shines a light on the things that often haunt us in our quiet hours. At best it offers a template to follow in the effort to confront the inauthentic aspects of one’s self, and turn to ways of being that promise greater wholeness.

Addiction of any kind is characterized by taking short cuts rather than dealing honestly and with awareness of emotions in the moment. Becker said he’s through with taking shortcuts, done with the easy way.

Jeff, who runs a successful youth basketball academy in Arizona, talks of distinguishing between a “short-game” perspective and a “long-game” perspective. The difference between self-focus and team focus, between valuing trophies and statistics rather than character and skills. The individual versus everyone on the team.

“You have to take the long view of this,” Brian says. Part of that involves him sharing what he’s learned and experienced with others struggling with their own issues. And offering his own pain and shame as an example for others.

“Tender Lions” was released two years ago, just as COVID-19 shut down the world, greatly limiting the public events. Brian is excited by the opportunity to be physically present for others facing their own challenges. He’s looking forward to, he says, “seeing a light go on in a dad’s eyes, realizing he can still heal his own situation.”

Anchoring it all is the book, which he says “is a great calling card. It carries the message (of the workshops) very well.”

Healing his own relationships, he said, has been worth every bit of pain and effort.

“I wouldn’t trade my life with anybody. Now that I’m where I am, I’m grateful for what’s unfolded in the last few years,” he said

Brian Becker will hold a three-hour men’s workshop at the First Presbyterian Church, 7551 Quick Ave., River Forest, on Saturday, March 19, from 9 a.m. to. noon. Lunch will be served after.

The event is open to all men, teenaged and older. For more information, call Rachel Nitzsche at 708-366-5822, or email rachel.nitzsche@firstpresrf.com.